Now we’re familiar with other ‘eco-friendly’ vodkas like Purus or VeeV, which have been around longer, and not only utilize eco-friendly packaging, but are also completely organic when it comes to the ingredients and distilling process as well. Unlike Purus and VeeV, 360 Vodka is made from regular non-organic American grain – and of course Purus and Veev ave been around longer. Because of this we’re not really buying into the ‘World’s First Eco Vodka’ claim, but we’re intrigued by 360 Vodka nonetheless. If you are going to imbibe – imbibe sustainably!
View all 360 Vodka 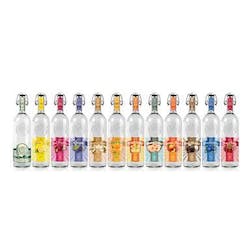