$19.99
4.8 of 5 (8 reviews)
" ABSOLUT VODKA has a rich flavour, smooth and mellow with a distinct character of grain. ABSOLUT VODKA is great as a base for hundreds of drinks and cocktails." ~ Distillery notes
Item ID: #836
Brand: Absolut Vodka
Shelf at store:23d
Category: Vodka
Region: Sweden
Size: 1L (liquor)
Other sizes
Share this item on FacebookFollow Empire Wine on TwitterFollow Empire Wine on Pinterest

" ABSOLUT VODKA has a rich flavour, smooth and mellow with a distinct character of grain. ABSOLUT VODKA is great as a base for hundreds of drinks and cocktails." ~ Distillery notes 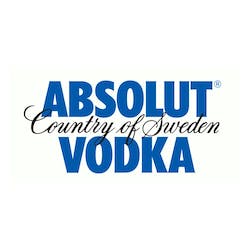 "has a special taste, alll its own. Always my first choice"

"Ordered a case of Absolute Vodka to be picked up at Empire Wine and Liquor. Waited less than 10 minutes to have employee put the case in back of car"

Linda on Jan 27, 2017  [Verified Purchase]
View more reivews
Scroll to the top of this page