$22.99
" Our Gluten free, 100 American corn grain, Bootlegger 21 New York Vodka, has a unique genesis. After all, our colorful approach and romantic reverence to the Prohibition era of the 1920s and 30s, has given us supreme optimism in the face of todays divergent opinions and social conflict. Just as the Bootleggers shrugged off the 18th Amendment making the transport and sale of liquor illegal in the U.S., we said, to heck with the ... read more
Item ID: #12510
Brand: Prohibition Distillery
Location at store:123a
Category: Vodka
Region: New York
Size: 750mL (liquor)
Alcohol by vol: 40%
Other sizes
Share this item on FacebookFollow Empire Wine on TwitterFollow Empire Wine on Pinterest

" Our Gluten free, 100 American corn grain, Bootlegger 21 New York Vodka, has a unique genesis. After all, our colorful approach and romantic reverence to the Prohibition era of the 1920s and 30s, has given us supreme optimism in the face of todays divergent opinions and social conflict. Just as the Bootleggers shrugged off the 18th Amendment making the transport and sale of liquor illegal in the U.S., we said, to heck with the financial woes, and instead quit our jobs to follow our dream. A dream to make a locally crafted spirit that respects a sense of tenacity found in the American entrepreneur. A spirit that pulled us out of a depression, saw the birth of the cocktail, backroom speakeasy, and Bootleggers of notorious fame. " ~ Distillery notes 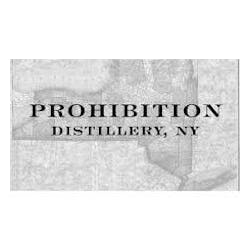 Located in the historic town of Roscoe, New York, our distillery was inspired by the history of the United States, the peoples will, and the art of libations itself. For it was on the fateful day of January 16th 1920, when the 18th Amendment was enacted and outlawed the sale of liquor, that the heyday of American spirits was born.


Within a few short weeks, underground networks were fully operational, supplying booze to every corner of the United States. Those suppliers, known as Bootleggers, risked everything to whet the appetite of a nation suddenly gone "dry". Their customers were everywhere, they were the politicians, parents, teachers, and local businessmen who, when told by their government they could no longer have a drink, decided to take matters into their own hands and source liquor from those crafty suppliers. Even the five U.S. Presidents who served our nation during Prohibition kept an ample supply on hand at the White House.

This period in American history brought many freedoms to the forefront. For the first time women were allowed to drink publicly alongside men in these illegal bars, more commonly known as "speakeasies". Six months into this prolific period women victoriously earned the right to vote under the 19th Amendment.

In the end, some 14 years after it's beginning, the 21st Amendment was enacted repealing Prohibition. The nation discovered, and polititians agreed it was better to imbibe than to implore. Here's to that enduring spirit, the reason we brought our fine liquor and distillery to life!

A hearty cheers and bottoms-up!