View all from Brugal & Co 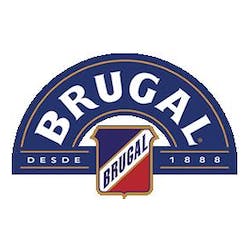 During the second half of the 19th century, Andrés Brugal Montaner, a Spanish national who had migrated from Sitges, Catalonia, Spain to Santiago de Cuba, decided to move to the Dominican Republic and take up permanent residence in Puerto Plata. While in Cuba, Don Andrés acquired expertise in the making of rum, and based on that experience he founded Brugal & Co. in Puerto Plata, the company produces several different kinds of rum. After introducing its dark rum into the market in 1888. It would mark the beginning of a long family tradition. Don Andrés, unknowingly, would become the forebearer of entrepreneurial leadership in Dominican society. In 1920 the company's first warehouses were built for the ageing of rum in oak barrels.

By 1976, with Extraviejo, the company developed the Premium rum segment in Dominican Republic. In 1998 Brugal & Co. launched Brugal Limón, Brugal Pasión and Unico.[1] In 2005, the company launched 5-liter steel dispensing barrels for its medium and low-tier brands.

Today, the chairman George Arzeno Brugal and most of the board members are direct descendants of the founder of the company. Brugal is taking a lead role to establish that there is only one real rum - that which is actually produced from the sugar cane. Caribbean rum producers are concerned at the growing quantities of spirits being passed off as rum around the world. Efforts have now advanced hand in hand with the European Union to establish an official definition, and now Dominican rum can be classified under the prestigious label of Denomination of Protected Origin (D.O.P) as are the products of the region of Champagne, France and tequila from Mexico. With Brugal being the third largest producer of rum in the world, it has a lot to gain