$4,999.99
NOTE: This item is not available for immediate pickup at our store.

"Tasting notes from Buffalo Trace for this 25-year-old bourbon describe it as having a nose of dark cherry, honey, and smoked oak. On the palate, notes of caramel, toasted vanilla, and cocoa are found. For the finish, coffee, maple syrup and oak linger."

View all from Buffalo Trace Distillery 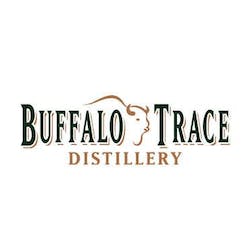 In Kentucky, buffalo carved a pathway that was followed by America's early pioneers. On the spot where the buffalo migration route crossed the Kentucky River, we've been making legendary bourbon whiskey for over 200 years. Buffalo Trace is the oldest continuously operating distillery in America. During Prohibition the distillery was even permitted to remain operational, to make whiskey for "medicinal purposes".

In tribute to the mighty buffalo and the rugged, independent spirit of the pioneers who followed them westward, we created Buffalo Trace Kentucky Straight Bourbon Whiskey.

Within the past decade, Buffalo Trace has won more awards than any other distillery in the world, including an unmatched seven "Distillery of the Year" titles. Still American family owned and located in Franklin County, Kentucky, the distillery's rich history includes such legendary distillers as E.H. Taylor, Jr, George T. Stagg, Albert B. Blanton, Orville Schupp and Elmer T. Lee. The distillery sprawls impressively over 130 acres and is home to four centuries of architecture - all still fully operational.