" Now in its second release, Charbay's R5 Whiskey is distilled from Bear Republic's award-winning Racer 5 IPA® beer (7% abv).
Marko distilled 6000 gallons for 10 days straight in our family's classic 1000 gallon Alambic Charentais Pot Still to create just 590 gallons of whiskey.
He chose Gold Medal-winning Racer 5 IPA ® for its upfront aromatic hops, laty, great dose of bittering hops, high quality two-row barley, balanced and a smooth, clean finish...See if you can taste how each of these is revealed in the whiskey.
Aged in French oak for 29 months. Lot 511A is our distillers' shorthand for its distillation (May 2011) and 'A' for 'aged.' " ~ Distillery notes

View all from Charbay 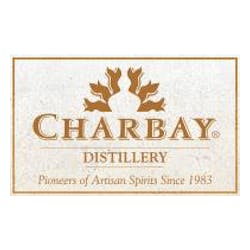 The family is one of the early pioneers in the modern American artisan distillery movement. They began distilling in California in 1983 with Alambic Pot Still Brandy and haven't stopped since. They also make wines, ports and aperitifs - using brandy they distill in their Alambic Pot Still.
Marko is Generation XIII to carry on the family's European heritage of fermenting & distilling. It's hard to find someone with a more spontaneous love of the art form, grounded in solid experience. His 25-year apprenticeship covered every category of distilling. Only when he'd sourced, distilled and taken to market his very own spirit, his father said he'd earned the right to be called a Master Distiller.
This family is hands on and it shows in the quality of everything they bottle. Their sincerity is appreciated by writers and consumers alike. Robert Plotkin, a present day authority, said:
"No one family in the history of our great Union has contributed more to the welfare and general happiness of her citizens."
Based in Napa Valley, the family lives and works amidst peaceful pine trees on Spring Mountain above St. Helena - affectionately known as "The Still on the Hill".
Creativity and passion are grounded with a powerful professional background.