"The finest whiskies, including 15-17 year old malts, are expertly blended, with heather honey and Drambuie's secret recipe of herbs and spices, to create the world's favourite whisky liqueur."

View all from Drambuie 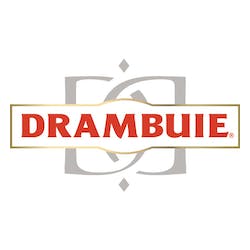 Drambuie was first commercially produced in Union Street in Edinburgh in 1910. In c.1940, the company moved to bonded premises in Dublin Street Lane where the liquor was compounded (the process of flavouring and sweetening the whisky spirit). The bottling plant was in the same lane while the company office was in York Place. After a short period at Broughton Market nearby, the operation was moved, in 1955, to premises at the foot of Easter Road in Leith. Further expansion caused a further move to purpose-built premises on the western edge of Kirkliston in 1959. These premises were vacated in 2001 and thereafter production was contracted out, in the first instance to the Glenmorangie bottling plant at Broxburn and, in 2010, to Morrison Bowmore Distillers.

Only twelve cases were originally sold. In 1916, Drambuie became the first liqueur to be allowed in the cellars of the House of Lords, and Drambuie began to ship world-wide to stationed British soldiers. More recently work has been done to strengthen the reputation of the brand after a downturn in popularity and sales

"Absolutely my favorite liqueur- all the depth of a good scotch with the sweetness of honey and kicked up with a hint of spice. Sip slowly and let it linger; a little goes a long way."

"As one of two ingredients in a rusty nail, its critical. I use 3 parts blended scotch to 1 parts Drambuie. 1 dash bitters and mix with ice gently. Strain over ice into rocks glass. Add twist of lemon."