Brand: Fleischmann's
Category: Vodka
Size: 1.75L
Alcohol by vol: 40%
Item ID: #240
Location at store: 34a
Region: » Kentucky
Information
Questions
Size / Vintage Options
Reviews
Item Description
"Clear. Medium-bodied. Grass, green herbs. Compact texture. Rather austere and full on the nose. Somewhat grainy, with a tight feel on the palate. Nice spicy accents. Finishes with a touch of heat." ~Tasting notes
About Fleischmann's
In 1868 Charles and Maximillian Fleischmann and James Gaff, a distiller, founded the Fleischmann Co. to manufacture compressed yeast and distilled spirits.[1] In 1870, the original Fleischmann plant was built at Riverside, Ohio and it produced America's first distilled dry gin and domestic vodka.[2] Sylvan Grove Bourbon was also produced at this distillery.[3] In 1940, following Prohibition, Fleischmann acquired a distillery in Owensboro, Kentucky and moved spirits production there.[4] In 1989, Glenmore Distillery Company acquired Fleischmann Distilling Co. In 1991, United Distillers acquired Glenmore, then sold it to Barton Brands in 1995, including the rights to the Fleischmann's brand.
View all Fleischmann's 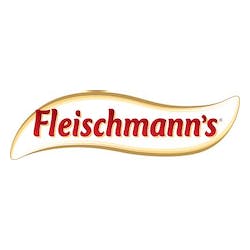