store shelf
Brand: Havana Club
Category: Rum
Size: 750mL (liquor)
Alcohol by vol: 43%
Item ID: #22599
Location at store: 36a
Region: Puerto Rico
Information
Questions
Size / Vintage Options
Reviews
Item Description
HAVANA CLUB Aejo Blanco is distilled and aged in Puerto Rico under the Caribbean sun for 1 year in oak barrels in which aged rums are blended together. The blend is aged for a second period in oak barrels for at least 2 months. HAVANA CLUB Aejo Blanco is a medium-bodied white rum with notes of pineapple, banana, vanilla and oak
About Havana Club
Havana Club is a brand of rum created in Cuba in 1934, and now one of the best-selling rum brands in the world. Originally produced in Cardenas, Cuba by family-owned Jose Arechabala S.A., the brand was nationalized after the Cuban Revolution of 1959. Since 1994 it has been produced in Cuba and sold globally (except the United States) by Havana Club International, a 50:50 joint venture between Pernod Ricard and the Cuban government.
View all Havana Club 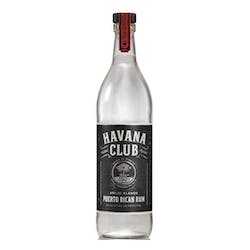 No questions posted yet about this item.
Not remarkable but a solid workhorse
Posted byMoss on Dec 27, 2021Verified Purchase
Subscribe to our newsletter!