The local musician and co-founder of Iron Smoke Distillery, along with partners Ron Kirshner and Steve Brown, started by experimenting in his backyard with the recipe. They poured corn whiskey over charred apple chunks until the end result tasted just right.

Iron Smoke Whiskey is the outcome of those backyard trials, and it first became available for sale two years ago. Rattlesnake Rosie's Apple Pie Whiskey, made with Geneva-based Red Jacket Orchards cider, was then released in March 2015.
View all Iron Smoke Whiskey 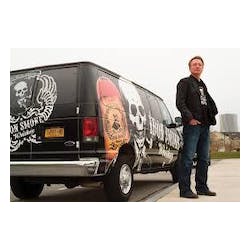