$48.99
4.6 of 5 (8 reviews)
Johnnie Walker Black Label has an enigmatic character. The first sip leaves you with an overwhelming curiosity to discover more. As Black Label's deep taste unfolds a myriad of flavours are revealed in several waves: first, there is an impression of silky richness; then deep and fruity foreground flavours give way to drier peaty nuances, followed by the complementary flavour tones of sweet vanilla and raisins.

Johnnie Walker Black Label has an enigmatic character. The first sip leaves you with an overwhelming curiosity to discover more. As Black Label's deep taste unfolds a myriad of flavours are revealed in several waves: first, there is an impression of silky richness; then deep and fruity foreground flavours give way to drier peaty nuances, followed by the complementary flavour tones of sweet vanilla and raisins.

This unique complexity is achieved by expertly blending an extremely diverse, but complementary range of malt whiskies, each of which has been matured for a minimum of 12 years and some for much longer. In total, up to 40 malts and grain whiskies make up the Johnnie Walker Black Label blend. Island and Islay malts deliver spice, richness and lingering peat. Speyside malts make an important contribution to the depth of taste, bringing smoky malt, fruitiness, apple freshness and a rich sherry character to the blend. At the heart of Black Label lies 12 year old Cardhu, an outstanding malt from Speyside, which imparts silkiness, a characteristic which has made it famous as a single malt 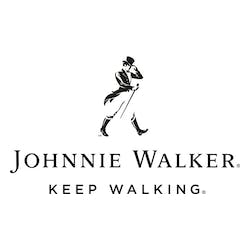 "Black label is my go to scotch. Will buy it every time!"

Though rough around the edges, this time sipper will do

"Johnnie Walker, classic type brand in scotch whiskey, is appreciated around the world, and only those reserved for Black (since most budget's cannot afford Blue in it's $450 price range) will able to look past the rough edges on first touch and appreciate character as it goes down. Preferably with a lemon twist to ease the pain."

Teddy on Oct 15, 2009
View more reivews
Scroll to the top of this page