store shelf
Brand: Kentucky Owl
Category: Whiskey
Size: 750mL (liquor)
Alcohol by vol: 50.4%
Item ID: #45413
Location at store: 47c
Region: » Kentucky
Information
Questions
Size / Vintage Options
Reviews
Item Description
THE WISEMAN Straight Rye is a traditional Rye made with a mash bill of 95% Rye. A spicy nose progresses to the taste, filling the mouth and tickling the tastebuds. The long finish starts as fresh rye bread and moves slowly toward buttered cinnamon toast, ending with just a hint of English walnut.
About Kentucky Owl
Kentucky Owl was founded in 1879 by a local pharmacist, Charles Mortimer Dedman. He and his new bride received a large parcel of land on the banks of the Kentucky River as a wedding gift from his adopted father, a town judge. After running it by his wife, he decided to build the C.M. Dedman Distillery. For decades, it produced "The Wise Man's Bourbon" under Distilled Spirits Plant Designation "No. 16," one of Kentucky's original distilleries and part of a booming industry.
View all Kentucky Owl 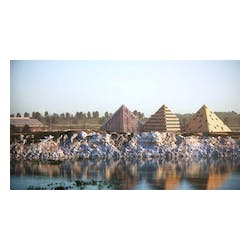