Whiskey Advocate 94
" An old classic, but how do the newest bottlings fare? Rich, ... read more

Whiskey Advocate 94
" An old classic, but how do the newest bottlings fare? Rich, chewy, slightly oily texture. Deep peat, thick smoke, iodine, brine, charcoal, seaweed, tea (Earl Grey, Lapsang Souchong), and the aromas of a summer barbeque. Vanilla and light caramel soften the intensity, while subtle citrus fruit teases. Powerful, yet polished and seamless. After all these years, this whisky is still one of the finest standard-issue peaty, smoky whiskies! (Vol. 20, #3) 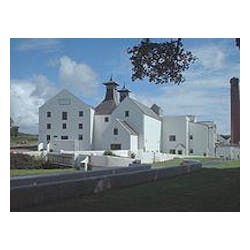 "I bought this for my husband as a gift, after being recommended by a bartender. He usually drinks McAllum 15 yr old and said he prefers that to Lafavullin. It's a bit too smoky tasting for his palate."