The blending of double and single distillates and the fact that its aged in Kentucky oak barrels gives Mount Gay Eclipse rum its unique and robust flavor. The complex set of aroma characteristics are magically transformed into subtle, well-balanced but excitingly  ... read more

store shelf
Brand: Mount Gay
Category: Rum
Size: 1.75L
Alcohol by vol: 40%
Item ID: #9823
Location at store: 36d
Region: Barbados
Information
Questions
Size / Vintage Options
Reviews
Item Description
Mount Gay Eclipse Rum, the epitome of tradition in the art of rum-making in Barbados and the English-speaking Caribbean, is our flagship and was created to satisfy the palates of connoisseurs the world over.

The blending of double and single distillates and the fact that its aged in Kentucky oak barrels gives Mount Gay Eclipse rum its unique and robust flavor. The complex set of aroma characteristics are magically transformed into subtle, well-balanced but excitingly distinguishable flavor undertones. Its bright, luminous, golden-amber appearance is the first enticing indication of the fine quality of Eclipse

Taste: light bodied, light oak character, well balanced.
About Mount Gay
Sir John Gay was a respected leader and businessman who worked tirelessly in service of the island of Barbados. A friend of Sir John Gay's, the contrarily named John Sober, inherited a then-unknown distillery and had asked for Sir John's help in managing it. Sir John Gay took quickly to the business of making rum. He refined the distillation process and began producing a noticeably superior product that we know today as Mount Gay Rum. Barbados is an island of warm, friendly people, exciting culture and, in the interest of making rum, a great wealth of natural resources. Originally discovered by the Portuguese, "Barbados" which means bearded ones, was the name given to the island to describe the lush, "bearded" trees that grew in abundance. Later settlers to the island found the rich soil and favorable wet season ideal for growing sugar cane.
View all Mount Gay 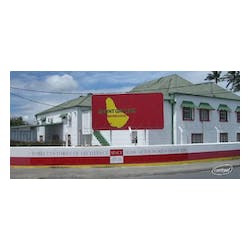 No questions posted yet about this item.
private review
Posted bycustomer on Oct 28, 2015Verified Purchase
Posted byMary on Mar 27, 2022Verified Purchase
Very good Rum
"For the money. Mount Gay Rum sponsored the Warren Miller ski movie this year. I decided to try it."
Posted byDan on Jan 25, 2019Verified Purchase
Subscribe to our newsletter!