Bottled-in-bonds, as they are referred, have experienced renewed interest from consumers because of the long and storied history behind such a designation, the company says. Heaven Hill has launched several new bottled-in-bond bottlings, including the newest edition of Parker’s Heritage Collection. The 24-year-old, bottled-in-bond will ship into select markets across the country beginning in September.

Bottled-in-bonds, as they are referred, have experienced renewed interest from consumers because of the long and storied history behind such a designation, the company says. Heaven Hill has launched several new bottled-in-bond bottlings, including the newest edition of Parker’s Heritage Collection. The 24-year-old, bottled-in-bond will ship into select markets across the country beginning in September.

The Parker’s Heritage Collection series originally was conceived to showcase the quality and broad range of Heaven Hill’s American Whiskey holdings, according to the company.

The 2016 edition, the tenth in the series, features two separate versions of the bottled-in-bond product. It was produced in fall 1990 and spring 1991 at Heaven Hill’s distillery in Bardstown, Ky., which was destroyed in 1996 by fire along with seven rickhouses and more than 90,000 barrels, the company says. The liquid is bottled by season in order to retain its bottled-in-bond designation. Although Heaven Hill now produces its bourbon and American whiskey out of the Bernheim Distillery in downtown Louisville, this Parker’s Heritage Collection edition will feature the original distillery designation on the back label, it adds.

Bottled at 100 proof and non-chill filtered, the bourbon will retain more of the natural esters and fatty acids that have matured in the barrel for almost a quarter of a century, providing a richer mouthfeel, the company says. Oak flavor is prominent with hints of cinnamon and vanilla, rounded out by a clean finish with a hint of chocolate.

Heaven Hill Master Distiller Emeritus Parker Beam, for whom the acclaimed series is named, was diagnosed with Amyotrophic Lateral Sclerosis (ALS) several years ago. The past three editions from 2013-2015, including the “Promise of Hope” Bourbon, the “Original Batch” Straight Wheat Whiskey and the Kentucky Straight Malt Whiskey, respectively, have raised more than half a million dollars toward ALS research and patient care through contributions made by Heaven Hill for each bottle purchased. Heaven Hill will continue with this cause-related campaign and will contribute $15 from the average national retail cost of $249.99 of each 750-ml bottle sold of this year’s release to the ALS Association. With every past edition of Parker’s Heritage Collection quickly selling out, the company expects to continue to generate significant dollars for this effort, it adds. " ~ Distillery notes

View all from Parker's Heritage 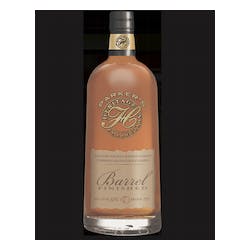 Each year as part of the Parker's Heritage Collection, we select a special whiskey to be released in the name of our late Master Distiller Parker Beam. The barrels selected for this series include Bourbon, rye and wheat whiskeys, among others, and are some of the finest and most diverse American Whiskeys ever produced. They are a fitting tribute to the expertise of Parker Beam.