store shelf
Brand: Paul John
Category: Whiskey
Size: 750mL (liquor)
Alcohol by vol: 46%
Item ID: #28652
Location at store: 44a
Region: India » Goa
Information
Questions
Size / Vintage Options
Reviews
Item Description
Ultimate Beverage Challenge 95
"An incredible whisky. Espresso beans, cocoa nibs, red plum, fennel seed, and a hint of peaty smoke fill the nose. Mint, smoke, coffee liqueur, and burnt orange peel are balanced by fresh fig and nuts making for a seriously complex dram. Outstanding."(Chairman's Trophy) (Great Value) - 2018 ULTIMATE SPIRITS CHALLENGE
About Paul John
We don't believe in competition, we believe in conquests. The sheer beauty of mastering a bodily existence of flavours, aroma and spices is carefully intertwined into a tapestry called The Great Indian Single Malt, which awakens the innate Indian in you. Hailing from the land of empire to independence, Mr. Paul P John was caught between the rugged coast of Scotland and the various hues of India. Furtively charting his way through the lanes of Scotland and investigating on distillation and the country's whisky culture , it occurred to him to embrace and yield a single malt made in India not just for the Indians to relish but for the whole world to experience-'The Great Indian Single Malt'.

Established in 1992, John Distilleries grew to be a leading spirit company within less than a decade. Its creation 'Paul John Single Malts' were launched in the UK in 2012, which were soon laureled by single malt enthusiasts around the world. Majestically towering its way through the world market, The Great Indian Single Malts has been crowned with innumerable global awards further proving our excellence. This recognition from the single malt palate has encouraged us to unfurl this tricolored aroma of our single malts across different continents.

Man Behind The Brand
Within the inestimable mysteries of these liquid sunshine, lies the veracity of The Great Indian Single Malts. Marching along with his combatants with head held high wasn't a tranquil passage. Mr. Paul P John, Chairman of JDL, wanted to create an Indian Single Malt which would embrace all the emotions and indigenous ingredients. Guided by his singular passion, tomes of wisdom and the extraordinary skill of his Master Distiller Michael D'Souza; they had set forth on the journey to create the multiplicities of the marvels. With each sip, you must be engulfed with the fervor and expressions of Great India.

Paul P John ventured into the alcohol beverage industry in 1992 and within a short span of just over a decade, his reach spread from his headquarters in Bangalore, Karnataka expanded to all neighboring states. Today the Company is the 4th largest liquor company in the country. His zeal to surpass the ordinary led him to create a range of exceptional single malts, fine whiskies & wines.
View all Paul John 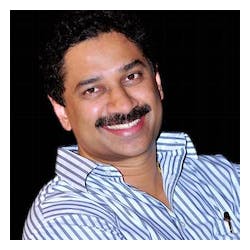