"With Xaymaca Special Dry, Plantation revives the quintessential Jamaican-style, 100 pot still rums of the 19th century with an expression of intense flavors that reveal the traditional, legendary Rum Funk : aromas and flavors of black banana and flambed pineapple, locally called "Hogo," an Anglicization of the French term "Haut Got" (high taste).
Xaymaca Special Dry is a blend of rums distilled in the old John Dore pot still at Long Pond and the Vendme at Clarendon. The idea is to boldly assert the powerful and expressive character of these rums."-Distiller Notes

"A resourceful manager, Alexandre Gabriel decides to sell some of his cognac casks to other producers, notably rum producers. The Caribbean and Latin American are now on his radar. Soon the region reveals dozens of unique and fascinating rum expressions that captivate the rum-makers attention. Each island brings its own discoveries.

I love authentic products that express the personality of the land that grew them.
I find the diversity fascinating, exuberating. The joy of tasting the best rums right out of the still from one island to the next is blissful. The degrees of fermentation and distillation are always unique. And this is where I saw an opportunity ! I wondered (and could taste) what my team and I could do with such varying distillations. At that moment I knew in my heart that we could perfect the methods of aging in wood casks that we knew so well from producing Cognac. Voila, the idea for Plantation is launched.

I I grew up on a farm, I live on one now, and what fascinates me above everything else is the agricultural aspect of our spirits. The name Plantation aims to reflect the major terroirs and cultures of rum.

Alexandre Gabriel now spends several months a year in the Caribbean combing for treasure: the best rum barrels he can find. His efforts have paid off generously in the partnerships he has forged with equally passionate local producers. He has nurtured lasting relationships with the best Caribbean distilleries. Plantation is also owner of the mythical West Indies Rum Distillery in Barbados and is a shareholder of National Rum of Jamaica, owner of Clarendon Distillery and Long Pond Distillery. These investments in the production of rum enable us to secure the supply and quality of these two major terroirs, Barbados (where rum was invented in the 17th century) and Jamaica."-Distillery Notes

View all from Plantation 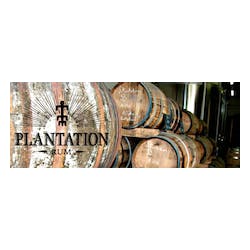 Passionate, curious, refined taste for beauty, Alexandre Gabriel is a tireless entrepreneur in search of perfection. An artisan businessman, he delivers the best product by implementing the most advanced and precise production methods. He knows that a great cognac, a superior rum, is above all a powerful emotion to be shared. Alexandre Gabriel applies the discipline and passion of ancient craftsmen, artisans, and goldsmiths to his rum and cognac.
In 1989 Alexander Gabriel discovers Maison Ferrand, one of the oldest spirit brands in the Cognac region. The reputation of the House is indisputable but sales are lagging. An immediate crush grabs hold and Alexandre Gabriel dives in with exuberance to the details and craft of Cognac production.
Travel follows passion and soon Alexandre Gabriel is creating a dedicated distribution network of equally passionate partners. He builds on his values and vision for the House. Twenty years later, most of his founding team are still together.
The 1990s see Alexandre Gabriel combing the Caribbean in search of the best rums of the region. Plantation is born: an artisanal range of rums from the great terroirs of the tropics. Fifteen years of dedicated rum-making later, in 2012, Alexandre is awarded Master Blender in the "World's Best" rum awards and wins the prestigious GOLDEN BARREL AWARD.
Today, President and Owner of Maison Ferrand, Alexandre Gabriel has won praise across the category and industry. Focusing on three major spirits that represent the passion and vision of Maison Ferrand: Grande Champagne Cognac Pierre Ferrand, Artisanal Citadelle Gin, and Plantation "Grands Terroirs": authentic spirits that express the individual terroirs that made them.