store shelf
Brand: Russian Standard Vodka
Category: Vodka
Size: 1.75L
Alcohol by vol: 40%
Item ID: #5667
Location at store: 1601a
Region: Russia
Information
Questions
Size / Vintage Options
Reviews
Item Description
"Its combination of traditional wheat taste - from the hardy winter wheat of the Russian steppes - and remarkable clarity - from the soft glacial waters of the frozen north - make Russian Standard Original a perfect vodka to sip neat or as your preferred spirit for a long drink. Russian Standard has come to epitomize vodka in the spirit's motherland, and in the process become an iconic symbol of modern Russian life and dynamism." ~ Distiller notes
About Russian Standard Vodka
The brand was introduced as the "Russian Standard" vodka in 1998 by the Russian Standard company of Roustam Tariko. The Russian Standard, later called Original, vodka established the brand as one of the top premium vodka brands in the Russian market. Its new Russian, Soviet-free identity, turned (unusually for a premium beverage) an advantage in the rapidly developing market of the 1990s Russia.

Two years after a successful Russian market launch, international expansion was started. This was accompanied by the launch of Russian Standard Platinum product in 2001 and the luxury brand Imperia in 2004.[1] The original product was re-christened Original.

In 2006, a new distillery with 4 million cases/yr capacity was opened in Saint Petersburg.[2]
View all Russian Standard Vodka 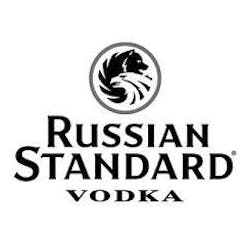 No questions posted yet about this item.
Great Vodka
"Smooth with a classic vodka taste. Holds up in mixed drinks."
Posted byWilliam on Jun 18, 2019Verified Purchase
Posted byJeffrey on Feb 20, 2020Verified Purchase
Subscribe to our newsletter!