store shelf
Brand: Schonauer
Category: Cordials & Liqueurs
Size: 750mL (liquor)
Alcohol by vol: 21%
Item ID: #1274
Location at store: 27b
Region: Germany
Information
Questions
Size / Vintage Options
Reviews
Item Description
" First popularized by German universities in the early 1970s, a delicious mix of apple juice and grain spirit (korn), quickly became the party starter of choice. Soon the delicious Apfelkorn cocktail was introduced as a premix in a variety of bottle sizes., the Schoenauer Distillery, situated ated close to one of Germanys best known fruit growing areas, was among the first to offer Apfelkorn to retailers and bars."
About Schonauer
"Schönauer Apple Liqueur was popularized by German university students in the 1970s as the only way to start a party. This is a delicious mix of Germany's best apples and grain spirits. In 2003, Schönauer received a Gold Medal and 95 point rating from the Beverage Testing Institute. 2nd place got an 83. You can compare apples to apples but Schönauer is in a class by itself. They stated that Schönauer was sweetly tart, with baked apple flavors, and almost no discernable alcohol taste. Schönauer contains no artificial colors or flavorings. For those who claim to love Green Appletinis, think about when you bite into an apple. What color is it? Shouldn't your appletini be the same color? If it's made with Schönauer, it will be the color of real apples." 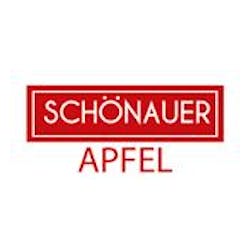