Starting with their original triple distilled, triple blend, triple wood matured Irish whiskey, the Brand’s whiskey-makers have given it an additional finish in first fill XO Caribbean rum casks, which they tell me has created a smoothly satisfying flavour with layers of sweetness and tropical notes. ~ Distillery notes 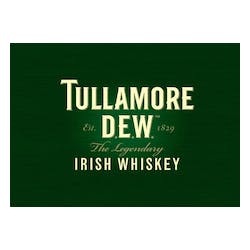