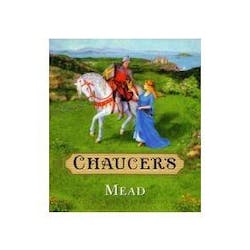 The CHAUCER'S dessert wine story begins on the banks of Soquel Creek in the Santa Cruz Mountains of California. In 1964, a young winemaker, Lawrence Bargetto, saw an opportunity to create a new style of dessert wine made from fresh, locally-grown fruit in Santa Cruz County. With the fresh market for plums in a state of disarray, the experimental vintner decided to make wine from the Santa Rosa Plums growing on the winery property. Using the skills he learned from his father, he picked the fresh plums into 40 lb. log boxes and dumped them into the empty open-top redwood fermentation tanks. Since it was summer, the fermentation tanks were empty and could be used for this new dessert wine experiment. Immediately, after the fermentation began, the cellars were filled with the delicate and sensuous aromas of the Santa Rosa Plum. Lawrence had not smelled this aroma profile in the cellars before and he was exhilarated with the possibilities. After finishing the fermentation, clarification, stabilization and sweetening, he bottled the wine in clear glass to highlight the seductive color of the pure crimson. While winning award after award for this wine, Lawrence decided he would try his hand at other fruit wines including blackberry, raspberry, peach, pear, olallieberry, cherry, strawberry and honey. His commitment to quality and perseverance have paid off with the ongoing growth of the CHAUCER'S wines over the decades.

"Take a step back in time and enjoy the flavors of this popular Medieval Elixir. Our Mead is made with similar recipes used in Medieval