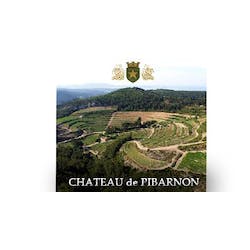 Since purchasing the estate in 1975, Comte Henri de Saint-Victor and his son Eric have been producing some of the most seductively aromatic and nobly structured wines in all of Southern France. Perched atop the highest and northernmost part of the appellation, the Château commands sweeping vistas of the amphitheater of vines and the Mediterranean Sea. The restanques, or terraces were carved into the hill to minimize erosion and maximize water absorption, which is of the utmost importance in a hot, dry terroir such as this one. The soil at Château de Pibarnon is unique, differing from that of its neighbors further down the slope. As a result of a geological anomaly purported to have taken place at the end of the Mesozoic Era, Pibarnon's soils contain large quantities of blue marl and limestone, as well as fossil material which is 150 million years older than that found in other parts of the appellation. The dearth of nutrition provided by these stony, fossil-studded soils ensures that the vines achieve maximum vigor through their daily struggle to survive. While Pibarnon's flagship cuvée is a classic vin de garde which can take as many as ten years to begin to show all its glory, 'Les Restanques', made with 70% Mourvèdre and 30% Grenache, is styled for a lush texture and more immediate approachability. Not to be missed are the Bandol Rosé and rare Blanc which are also considered benchmarks for quality. Farming Practice: Certified Organic

The Wine Always between 90-95% Mourvedre. Partial de-stemming is practiced as well as a lengthy maceration to achieve optimum extraction. After fermentation, the wine spends

Wine Advocate 93 "Mocha, cola, earth and caramel notes appear on the nose of the 2016 Bandol, a blend of 90% Mourvèdre and 10% Grenache. This

Wine Spectator 90 "Dark cherry and cassis notes glide through, inlaid with tobacco, anise and singed alder details. There's a leathery echo on the back end

Wine Spectator 91 "This has a singed juniper hint out front, followed by bay, olive and leather hints that pervade the core of lightly steeped cherry

"The most serious rosé we offer, the Château de Pibarnon hails from the storied Bandol AOC and uses a blend of 65% Mourvèdre, 35% Cinsault.

Wine Advocate 93 "While most 2012s from the region are slightly superficial and charming, Pibarnon’s 2012 Bandol Rouge has real depth and density, as well as

Wine Advocate 92 "One of the top roses coming from the region, the 2012 Bandol Rose gives up mineral-driven notions of orange peel, rose petal, hints

Since purchasing the estate in 1975, Comte Henri de Saint-Victor and his son Eric have been producing some of the most seductively aromatic and nobly

Wine Advocate 93 "Like the Restanque de Pibarnon, the 2011 Bandol Rouge shows the sunnier nature of the vintage with its sexy, layered personality. More elegant,

"The most serious rosé we offer, the Château de Pibarnon hails from the storied Bandol AOC and uses a blend of 65% Mourvèdre, 35% Cinsault.

Stephen Tanzer 91 "Light, bright orange. Blood orange, cherry, herbal and floral aromas are underscored by a lively mineral quality. At once dense and

"Always between 90-95% Mourvedre. Partial de-stemming is practiced as well as a lengthy maceration to achieve optimum extraction. After fermentation, the wine spends a minimum