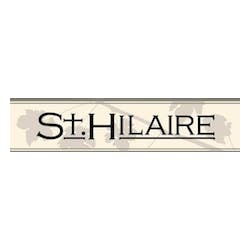 Blanquette de Limoux is probably the oldest sparkling wine in the world. We know that in 1531, the Benedictine Monks of the Abbey of Saint-Hilaire were already producing Blanquette de Limoux which certainly makes it France's Oldest Sparkling Wine preceding Champagne by more than a century. By 1794 Blanquette de Limoux was well known and appreciated throughout France. About that time, it was discovered by a famous American, Thomas Jefferson. Among his other talents, the third American President was an expert on French Wines and Blanquette de Limoux, one of his favorites, was an integral part of his wine cellar. In fact, President Jefferson was probably the first person to bring the wine to America. Today, Blanquette de Limoux has won the acclaim of knowledgeable wine enthusiasts throughout the world. It is sold in the United States under the name SAINT-HILAIRE in honor of the monks who first created the wine more than 475 years ago. One taste of SAINT-HILAIRE quickly reveals why France's Oldest Sparkling Wine is also its' best.

Description: Dry, toasty, smooth and clean SAINT-HILAIRE truly captivates with an attractive yeasty aroma and luscious creamy texture. The palate is light and crisp with citrus

"Limoux, France- Made in the same Southern foothills of Limoux where, four and a half centuries ago, Benedictine Monks created France's very first sparkling wine.

"Dry, toasty, smooth and clean Saint Hilaire truly captivates with an attractive yeasty aroma and luscious creamy texture. The palate is light and crisp with

The nose reveled in hints of pastry dough, citrusy notes of tangerine and límon and a touch of peach melba and sea air. The palate

" Crisp and elegant with a touch of sweetness this wine is ideal for those who find most Champagnes too sharp." ~ Winery notes