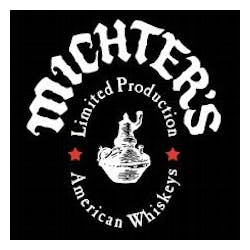 Long before Kentucky Bourbon became America's native spirit, it was Pennsylvania and Maryland Rye. I was born and raised in the "Old Line State" but never heard one mention of Maryland's rich whiskey history. Little did I know that Baltimore's discerning drinkers once gave life to distilleries like Majestic, the makers of Pikesville Rye, and Frank L. Wight Distilling Co., the makers of Sherwood Pure Rye. I never knew that there were thousands and thousands of commercial distilleries between the two states. And here is why... By the 1960's, every single commercial distillery in Maryland and Pennsylvania had closed. The original Wight Distillery is now a Procter & Gamble plant. The once famous Mount Vernon Distillery is now a vacant lot beneath a bridge near M&T Bank Stadium in Baltimore.

" Renowned for rye Americas oldest whiskey variety since the earliest days of our history, we take the production of Michters US 1

Wine Enthusiast 95 Superb/Highly Recommended " The bouquet has a dry, grainy aroma which is accented by peppery/spicy scents. The palate entry is surprisingly sweet and corny,

Wine Enthusiast 93 Resurrected after 23 years, this smooth, buttery American whiskey is worth the wait. It has mellow vanilla and oak flavors, with a faint

" Unlike Bourbon or Rye, which, by definition, must be aged in new oak barrels, our US 1 Unblended American Whiskey is aged in a

" A limited release bourbon from a toasted and fire-charred, new American oak barrels. After reaching maturity, it is moved for additional aging to a

" Well made bourbon from front to back. The nose carries a solid caramel punch, with touches of banana and coconut. On the palate, rich

" US*1 Toasted Barrel Finish Rye, according to those behind it, takes the Michter’s US*1 Single Barrel Kentucky Straight Rye at barrel strength and puts