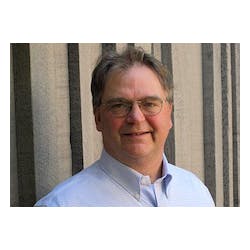 Shea Vineyard is owned by Dick Shea. It is a 200 acre vineyard in Yamhill County of the Willamette Valley in Oregon. Shea sells grapes to some of Oregon's best wineries, and the vineyard has a reputation for producing some of the best pinot noirs in the world, from such winemakers as Ken Wright and Mike Etzel of Beaux Freres. Wine Enthusiast October 2002 says: "Like Pisoni, Oregon grower Dick Shea has also started to bottle his own wine after his fruit gained notoriety. Shea planted the original 100-acre vineyard in 1988 and 1989 on its own roots, but has been systematically replanting with grafted vines over the past few years in response to phylloxera. And despite the hype over Dijon clones, Shea is sticking largely with Wäidenswil. "I like what it does in the Willakenzie soils that we have," he says. Dick Shea grew grapes for more than ten years on a 200-acre estate in Yamhill County, supplying some of the best winemakers with fruit, including Ken Wright Cellars, Beaux Freres, Patricia Green Cellars, Westrey Wine Company, Panther Creek Cellars, Raptor Ridge and St. Innocent. About 140 acres produce grapes, although 50 acres are young vines. In 1996, Shea decided to start his own winery, and more than a decade later, Drew Voit is now making the wine to much acclaim. Voit was consulting with Domaine Serene before working at Shea. Now he has multiple clones (Pommard, Dijon and Wäidenswil) and multiple vineyard sites to work with. Dick Shea's vineyard is really two separated vineyards, and they have most clones planted. They use different blocks to blend into their main wine, the Estate Pinot, and then they have single block wines as well. Voit's hard work, experience and skill all but guarantee many great vintages to come from Shea. Farming Practice:Practicing Organic

James Suckling 93 "There’s robust, dark-fruit focus here with cherries and blackberries, as well as spiced-chocolate notes. The palate has a very succulent and juicy feel

Wine Enthusiast 95 "Shea scores again with a luscious, toasty, palate-coating wine that way overdelivers for the price. Estate grown at one of the top vineyards

James Suckling 93 "Super dark fruit with plums and ripe cherries in abundance, as well as earthy, dark, toasted spices that lead to a palate with

Wine Enthusiast 94 "This reserve wine offers tones of ripe raspberry and cherry fruit, with well-defined acidity that keeps it lively and fresh. Aged in 60%

Wine Spectator 92 "Supple and elegantly complex, with silky cherry and blueberry favors, laced with black tea and spice notes that linger on the finish. Drink

James Suckling 97 "Darker fruits of blackberry essence, underbrush, lots of dark chocolate and mocha-scented oak show on the nose. The palate is dense and chewy

Aromas of ripe peach, nectarine and melon, and a hint of walnut define the nose. Stone fruits continue on the palate. Bright acidity creates a

Wine Enthusiast 95 "Homer is the winery's top level reserve cuvée. Aromatic and complete in every detail, it opens with cinnamon and violet scents, plum and

Wine Enthusiast 95 Editors Choice "As fabulous as ever, this brilliant compendium of nutty-toasty-buttery scents and flavors is never tiring. It's vivid, fruit-loaded and bracing. Well-ripened citrus

Wine Enthusiast 91 "The 200-acre Shea vineyard provides fruit to many of Oregon's best winemakers. Here is the estate's own brand, offering up a fragrant, appealing

Wine Enthusiast 95 "Homer is the estate reserve, wood-tank fermented and blended from the winemaker’s best barrels. Aromatic and toasty, it takes many hours to open

Wine Advocate 91 "Its 4,600 cases representing a cross-section of the entire property and its multiple clones and selections, the 2011 Pinot Noir Shea Vineyard weighs

Stephen Tanzer 93 "(made from a blend of Wadensil and Pommard clones): Bright ruby-red. Black raspberry, cherry-cola, star anise and violet on the

Wine Spectator 93 "Pure and generous, explosive on the nose, rose petal and strawberry notes mingling with cherry and chocolate on the long and vivid finish.

Robert Parker 91 "The 2007 Pinot Noir Estate, a blend of 17 parcels and all of the clones grown on the property. Dark ruby-colored, it offers