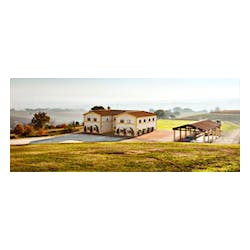 James Suckling 92 The candied strawberries and caramelized orange peel draw you in on the nose; then you notice hints of ash and red licorice. The

James Suckling 90 Quite a meaty and lightly herbal rendition of Sagrantino, this trades in peperoncino, pine cones and earth. Full-bodied and round with resolved, though

"Sagrantino is a native varietal of Umbria, which according to some, was brought to the region by Franciscan monks centuries ago. In the last 30

James Suckling 92 "A round and velvety red showing chocolate, walnut and wet-earth character together with plummy fruit. Medium body, soft texture and a delicious finish.

James Suckling 93 So much pressed lavender to the nose here as well the classic bramble berries but also some hints of sour cherries, leather and

James Suckling 93 "I like the aromas of almonds, dried fruits and mushrooms that follow through to a full body. Lots of shaved-chocolate character too. Long,

James Suckling 93 "Lots of chocolate, hazelnut and dried berry on the nose. Full-bodied, tangy and chewy but there’s a bright, fruity finish. I like the

James Suckling 94 "This is serious Sagrantino, which can be rustic and hard most times. Crazy aromas of black licorice and dark berries. Full body, with

"Sagrantino is a native varietal of Umbria, which according to some, was brought to the region by Franciscan monks centuries ago. In the last 30