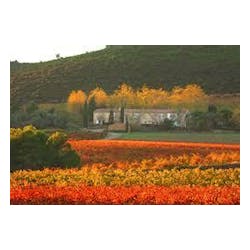 The resulting 2019 Corbires rouge is as complete and consistent as ever, with notes of black cherries, blackberries, and garrigue. This wine is a meal

The magic of this Carignan-based rouge is that it brings pure pleasure to your dining table, making it easy to gulp down, without heavy pondering.

“Domaine Fontsainte has been an in-house favorite of Kermit Lynch since 1978, making it one of the original producers represented by this venerable importer.

A sustained and very brilliant ruby color with beautiful violet tints. Immediate and generous with, at first, notes of fresh red fruits, such as cherries

A sustained and very brilliant ruby color with beautiful violet tints. Immediate and generous with, at first, notes of fresh red fruits, such as cherries

"A sustained and very brilliant ruby colour with beautiful violet tints. Immediate and generous with, at first, notes of fresh red fruits, such as cherries