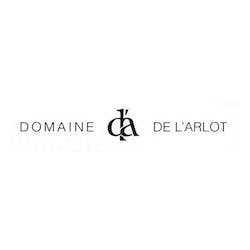 Domaine de L'Arlot is one of the seminal properties in Nuits St. Georges. The domaine was co-owned by Jean-Pierre de Smet, who spent eight years alongside Jacques Seysses of Domaine Dujac before taking over L'Arlot in 1986. Today, 14 hectares are planted with Pinot Noir for the red wines, with about 5% devoted to Chardonnay and Pinot Gris for the whites. The oldest vines are about 70+ years old, with the average age close to fifty. Since 2000 the domaine has practiced 100% organic farming and as of 2003 everything has been biodynamically farmed. In the cellar, everything is done by gravity and vinification is partly done using whole clusters. The cap is punched by hand and the pumping over of the must is always kept to a minimum. The wines are aged in about one third new wood and are bottled after 16-18 months for the premier crus, 14-15 months for the village wines. The reds are bottled unfiltered. The domaine has two premier cru Monopoles: Clos des Forêts Saint Georges and Clos de L'Arlot. The Clos de L'Arlot also produces the rare white Nuits St. Georges. Historically, these are the grandest crus of Nuits with an elegance and minerality that is unmatched in the village. In 1991, the domaine added a parcel of Romanée Saint Vivant to its holdings, the vines of which sit just in front of Romanée Conti. In 1992, Arlot also purchased and produced a prime marcel of Vosne Romanée 1er Cru Les Suchots. In 2015 the very talented Geraldine Godot took over the winemaking and is committed to maintaining the classic, elegant style of terroir driven wines that has come to define the wines of Domaine de L'Arlot.

" A fresh, airy and cool nose offers up a pretty mix of various red berries and a hint of dried flowers. There is

Allen Meadows 89 "This is compositionally similar to the aromatic profile of the Clos du Chapeau if a bit more elegant. There is impressive richness here