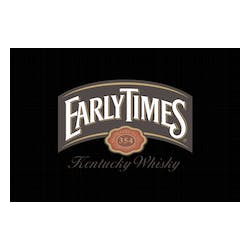 Created in 1860, Early Times grew up during the early days of the country, when most of America was still country. The name Early Times was chosen as a tribute to the old-fashioned method of making whisky, which included mashing grain in small tubs and distilling the whisky in copper stills over open fires. Today, the process of distilling Early Times is much more exacting, but it still delivers the unmistakable mellow taste that is reminiscent of the original American whisky experience.

Early Times was founded in Shively, Kentucky in 1860 by Jack Beam, uncle of Jim. The distillery's core product was a bourbon up until 1983,