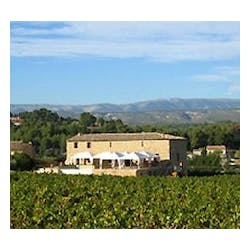 Alain Pascal could be a character pulled right out of a Marcel Pagnol novel--a kind of Provençal Hercules. Like his father, Honoré, for whom the domaine is named, Alain is a strong, husky man with hands the size of bear claws. That he is a former boxer and an avid hunter should be no surprise, yet his physique matches both his spirit and his wine--this gentle giant and his cuvées are all heart. Of the many stories recorded in Kermit's Inspiring Thirst, those of Alain are among the most entertaining. For years he sold his prized fruit from Bandol to Domaine Ott and Château de Pibarnon. Though he and his father would bottle their own wine for family consumption, they never labeled it under their own domaine name. Kermit has called those early family wines, "Magnificent Bandols made in the simplest manner, très franc de goût, with a whole lotta soul." In 1997 after his father's death, Alain officially started Domaine du Gros 'Noré, a real shift that has brought him more than just casual notice. Alain is already a leading contender in Bandol, the appellation regarded as the grand cru of Provence.

Wine Advocate 93 "One of my favorite 2016s, Gros Nore's 2016 Bandol is a complex, savory offering with at least 15 years of life ahead of

In the world of upper echelon ros, there can be no question that Bandol is king. This seaside Provenal village, known for its particularly moving

Wine Advocate 91 "A consistent performer in the Kermit Lynch portfolio, Gros Nor has turned in another fine effort in its 2018 Bandol Rose. Half Mourvdre,

Quiz just about any Kermit fan about the boxer turned winemaker, and chances are Alains namealong with a slightly caricatural image of a brawny man

The reds from Alain Pascal of Gros ’Noré are big, brooding beasts that convey the full tannic punch of the Mourvèdre grape. This 2015 is

Wine & Spirits 92 Alain Pascal used to sell his fruit to Domaines Ott and Pibarnon. Now, his wines rank alongside those, with their own distinct

Wine Spectator 93 WS TOP 100 2015 Rank 94 "This has a dark leathery frame but remains sleek and pure overall, with a dense core of currant

Wine Spectator 93 WS TOP 100 2015 Rank 94 "This has a dark leathery frame but remains sleek and pure overall, with a dense core of currant

"A very solid blend of 80% de Mourvedre,15% de Grenache, 5% de Cinsault. The vineyards are composed of both clay and limestone, imparting a pronounced

Wine Spectator 94 "Ripe yet elegant, with concentrated flavors of blackberry, dark cherry, tar and dark chocolate. There’s lots of cream and spice midpalate, with a

Wine Spectator 94 "Ripe yet elegant, with concentrated flavors of blackberry, dark cherry, tar and dark chocolate. There’s lots of cream and spice midpalate, with a