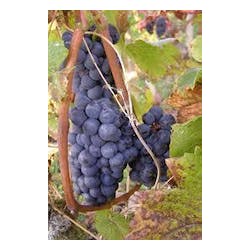 Since its creation over 40 years ago, the Michel Briday estate has become a gold standard bearer for its village, Rully, and for its wine-growing region: the Côte Chalonnaise. At each vintage, Stéphane Briday and his wife Sandrine put their winemaking know-how, well-grounded common sense and intimate knowledge of their terroirs to good use. These are the keys to ensure unique Burgundy wines. The world heritage "Climats" of BurgundyThe "Climats" of Burgundy were inscribed on the UNESCO world heritage list in 2015. The origin of the term "climat", a little mysteriously used by Burgundy natives as a synonym for "terroir", is clarified by etymology. According to the Historical Dictionary of the French Language (Alain Rey, Editions Le Robert), it's of Greek origin: "Klima" which means "inclination". It was then translated into Latin as "clima": inclination of the celestial vault.For a long time its use in French followed a nuance close to this root. "Climat" means a terrestrial area determined by geographical factors such as its location in relation to celestial bodies and considered from the angle of atmospheric conditions. More generally, it has the sense of "region" (end 14th century) or even by extension "country" (...)" writes Alain Rey. The article also states that up until the 17th century the term meant an agrarian measure."Climat", used in the Burgundian sense is thus not the survival of a patois word but rather the use of a term with a Greek-Latin root closer to one of its historical meanings.

"Gold pale colour with green tints. The Aligote grape variety gives fruity, dry wines. The freshness of the white flower aromas is remarkable. In the mouth,