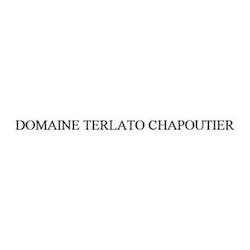 Anthony J. Terlato and Michel Chapoutier:A Unique Wine Partnership They were born an ocean apart, separated by a generation. Yet from the moment Anthony J. Terlato and Michel Chapoutier met, it was clear they shared a kinship, a common vision so deeply ingrained it could almost be called instinctual . Love of wine, there was that, but more important was a passion for quality and authenticity . In the early spring of 1987, while in the Burgundy region of France, a suggestion was made to Tony Terlato to visit the Chapoutier winery, which was seeking a new agent to represent their wines in the U.S. market. Tony remembered the important wines made by Michel Chapoutier's grandfather in the '50s and '60s from when he worked in his father's retail wine store. Partially for their proximity to the Rhône region and for the respect he had for the past importance of the Chapoutier name, Tony accepted the invitation and an appointment was set. During the early part of the visit, Tony remembers his interest was lukewarm; however, before dinner, Tony was introduced to Michel Chapoutier, then 25 years old. They tasted some of the wines in progress for two hours and continued through dinner. While tasting and talking, some of the subjects they discussed were viniculture, viticulture, biodynamic farming and single grape production. The next morning Tony called his son, Bill, and told him, "Last night I met a genius who will one day soon make great wines, and we will market them in the United States." When Michel was in his mid-twenties, he returned to his hometown to find his father's winery suffering. Sales were slow, and the winery was stressed financially. Terlato agreed to pay in advance for Chapoutier wines but only if Michel made the future vintages. Michel took charge of winemaking at M. Chapoutier in the fall of 1987. He was determined to reinvent his family's firm, and reinvent he did. In 1990 Terlato's public relations department arranged a short visit to Chapoutier's winery for Robert Parker during his tour of the Rhône. It is rumored that he stayed all day. Soon after his visit, Parker wrote in his Wine Advocate, "Michel Chapoutier is one of the best winemakers on the planet." Over the past 20 years, Michel has proven the validity of both Parker and Terlato's assessments: The Chapoutier brand is enjoying unprecedented success in the United States and throughout the world. What started as a business relationship between Michel Chapoutier and Tony Terlato has evolved over the years into a close friendship and a family relationship. Bill Terlato's daughter Jojo worked at Chapoutier during the 2002 harvest and his son Tony worked in the winery in June 2006. In 1998 Michel discovered an area in the Australian Pyrenees and called Tony exclaiming, "If we plant vineyards here we can make great wines in this soil. I would like you to be my partner." Bill Terlato and Doug Fletcher, Vice President of Winemaking for Terlato Wine Group, visited the property and the joint venture was soon formed. Then, from 1998 to 2000, 46 acres of predominately Shiraz were planted. Due to drought, the vineyard struggled for a time, but in 2004 Michel proclaimed 17 of the acres had produced a wine that was ready to be bottled. And so Terlato & Chapoutier lieu dit Malakoff Shiraz (640 cases) was born. A label the partners envisioned will become a celebrated wine brand during this century. In addition to Malakoff, a small production of Terlato & Chapoutier Shiraz-Viognier 2004 was produced in Victoria. It is a blend practiced in France's renowned Côte Rotie -- a style with which Michel is familiar and expert in execution. (1745 cases) After a barrel tasting, Robert Parker awarded the Terlato & Chapoutier Malakoff a 90-92 rating, and wrote in his 10-25-04 Wine Advocate, Issue 155, "Produced from Pyrenees vineyards cropped at ten hectoliters per hectare, boasts sumptuously concentrated fruit (blackberries, cherries) in addition to melted licorice, espresso roast, and smoke characteristics. Ripe, opulent, and medium full bodied, if this delicious 2004 gets into the bottle without being fined or filtered (Chapoutier rarely fines or filters) it will be a lusty Australian blockbuster to enjoy in its first 7-10 years of life." Chapoutier and Terlato are proud of the results and look forward to future releases and a commitment to quality that continues to unite the partners. "We want our Malakoff Shiraz to become one of the most important wines from Australia," Terlato states, and Chapoutier proclaims, "the vines are young but greatness is possible."

Deep reddish purple in color with aromas of red fruits and blackcurrant, M. Chapoutier Crozes-Hermitage "La Petite Ruche" has a fresh jammy flavor with a

Wine Spectator 90 Vibrant, expressive and distinctive, with citrus and mineral overtones around a core of blueberry and spice, lingering on the taut finish. Best from

Robert Parker 93 " Rated, but no tasting note given. Although these wines are normally reviewed by my colleagues David Schildknect in his Languedoc-Roussillon and Alsace reports

Wine Enthusiast 91 "This joint-venture has been turning out consistently charming, balanced Shiraz over the past few vintages. The 2007 is simultaneously peppery-spicy, floral-perfumed and meaty-savory.