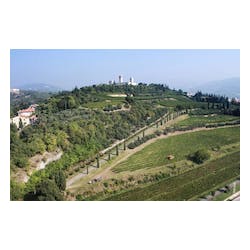 Easter Wineries & Vineyards is a historic company in the production of wines from the Veneto and Italian quality, a leader in the Italian market and abroad. A family passion. Almost a century of history. The Easter story Vineyards and Cellars begins in 1925 when the first generation of brothers Easter arrives in Verona with the aim of founding a company dedicated to the sale of wine from their own homeland, Puglia. From the sale of the wines you get to the foundation of a real wine cellar. In a few years the company stated in the Italian wine scene with the acquisition of new vineyards in the area of ??Verona. In the 60s he joined the company the second generation, which brings openness to exports and an orientation towards quality. The birth in the 80s of Cecilia Beretta, farm and cutting-edge research center for research on varieties, grafting and vineyards, is the symbol of the continuous pursuit of excellence. In the mid 2000s the company made a major investment, which demonstrates the rooting in their territory, with a new wine cellar and production facilities in San Felice, in the heart of its vineyards. With the arrival in the company of the third generation, composed of Richard Alexander, Cecilia and John, it has further strengthened the focus on international markets, which culminated in 2009 with the creation of Easter Usa LLC in New York. Currently the company operates in 50 markets worldwide.

Founding wine and starting point of the Romeo&Juliet project; red like love and passion. A blend of Corvina and Croatina grapes with a percentage of

"It has a brilliant straw yellow color, with greenish highlights;its nose is fruity and rather intense and it is freshand well-balanced on the palate. An

Description: The new ros interpretation by Famiglia Pasqua is a fine blend created from the most noble native varietals like Corvina and Trebbiano di Lugana and

The Corvina varietal, which dominates in terms of percentage, was chosen for the floral aromas as well as the significant acidity it gives to the

Decanter 90 “This new rosé interpretation by Famiglia Pasqua is a masterly blend created from noble native grape varietals, Corvina and Trebbiano di Lugana, together with

Decanter 90 Grown in the Valpolicella area, these Garganega grapes are partially dried, losing 20 to 30 of their weight, before fermentation. The result is a

James Suckling 91 Alluring aromas of dark berries, flowers and stones follow through to a medium body, firm and silky tannins and a fresh finish. Just

"This is an alluring white wine. Intense aromas of citrus fruits, almond and peaches on the nose, followed by a palate which is refreshing and

"Beautiful deep ruby color. The nose is intense and persistent with distinct notes of red fruit and hints of spice. In the mouth it is

"Deep ruby red in color. The nose has intense aromas of red berries with hints of spices. The palate is balanced with velvety tannins, and

"On the palate, it shows aromas of citrus fruits, almonds and peaches on the nose, followed by a palate which is refreshing and well balanced

"Every day, three thousand love notes tell stories of passion, similar to that of Romeo and Juliet, for which Verona is the unforgettable setting. In

Wine Enthusiast 93 "Aromas of baked plum, exotic spice and vanilla almost jump out of the glass. The aromas follow through to the full-bodied, savory palate

WIne Advocate 90 "Thanks to 20 months of barrique aging, the 2009 Amarone della Valpolicella Famiglia Pasqua exhibits a more lasting personality both in terms of

Wine Enthusiast 88 "This Amarone seems a tad older than it really is thanks to slightly aged aromas of cured beef, cigar box, earth and used

Wine Enthusiast 90 "Pasqua presents a very approachable and less extracted Amarone that offers elegance and smoothness instead of bulk and density. Indeed, this is a