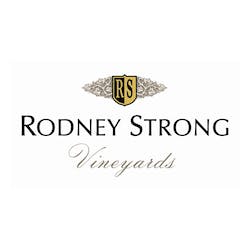 Our story begins over 55 years ago, when a celebrated American dancer named Rod Strong settled in Sonoma County to pursue a second lifelong creative passion: winemaking. Rodney Strong Vineyards was the 13th winery bonded in the newly discovered Sonoma County wine industry. A trio of winemaking paths crossed when Rick Sayre joined the team as Winemaker in 1979, and again when the Klein Family, 4th generation California farmers, purchased the winery in 1989 and initiated a renewed commitment of modern artisan winemaking. Through the years, Rodney Strong Vineyards has earned the reputation for critically acclaimed Single Vineyard and Reserve wines, stand out Estate releases and best-in-class Sonoma County varietal wines. Rodney Strong received the honor of being named Wine Enthusiast's American Winery of the Year in 2013. Introduced in 2000, each year the Wine Enthusiast honors those that have impacted the wine and spirits industry with their Wine Star Awards. With the designation of American Winery of the Year, the Wine Enthusiast has recognized Rodney Strong's commitment to quality, luxury and Sonoma County

"Rodney Strong 2017 Russian River Pinot Noir has lovely aromas of red fruit, floral and earth. With a soft and silky texture, on the palate

Wilfred Wong 92 "The 2016 Rodney Strong Vineyards Reserve Cabernet Sauvignon is one of the best deals amongst Cabs. TASTING NOTES: This wine sports aromas and

Wine & Spirits 92 "Rodney Strong first planted chardonnay in the white volcanic soils of Chalk Hill in 1965, and this estate-grown wine carries a memory

Wine Enthusiast 90 "This is a blend of 73 Cabernet Sauvignon with 10 Merlot, 8 Petit Verdot, 7 Cabernet Franc and 2 Malbec. Thick and viscous,

"We barrel fermented 60 of this wine and aged that portion in barrel for 6 months, stirring the lees every month. This method offers the

Enjoy this soft, rich, elegant Merlot over the next two to four years with charcuterie, grilled pork ribs and burgers.

"We barrel fermented 60 of this wine and aged that portion in barrel for 6 months, stirring the lees every month. This method offers the

Wine & Spirits 92 "A youthful, structured, savory red, its hard to believe this wine is priced at 22. (At W&S, we assign scores with no

"Displays aromas of baked apple, pear and citrus along with white blossom aromas. On the palate, the baked fruit and toasty brioche leads to a

" Supple and well oaked aroma, with a toasty, buttery edge to the plum and cherry laced fruit flavors. Body is Firm and chunky, but

"Fresh, bright berry fruit combined with the ripe peppery jamminess make for a wonderful diversity of flavor showcasing the best that Zinfandel can offer in

Rodeny Strong barrel fermented 60% of this wine and aged that portion in barrel for 6 months, stirring the lees every month. This method offers

Wine Enthusiast 90 "This estate produced wine comes from vineyards first planted by Rodney Strong in 1965.Marked by an abundance of tropical fruit flavors, this picks

Barrel fermentation in new and seasoned French oak added toasty vanilla and spice complexities. During the twelve months of barrel aging, we regularly stirred the

"The 2015 Reserve Pinot Noir has wonderful aromas of dark cherry, plum and dark raspberry accompanied by clove and cinnamon baking spice notes on the

"This 100 varietal wine hails from a site east of Cloverdale, in a warm pocket reaching up to 1,030-feet in elevation. It offers a full-bodied

Wilfred Wong 89 "With Merlots, I often think that wineries should not make too big a wine, that territory is already covered by Cabernet. The 2015

"Alexanders Crown exhibits flavors of black and red cherry, blackberries, dried herbs, and violets. The wine is elegant, with a rich mouthfeel, soft tannins, and