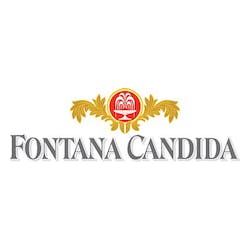 Throughout the world, Fontana Candida is synonymous with Frascati. This ancient wine, born in the Roman hills, has deservedly been called "the wine of popes and of the people." While the popes drank Frascati daily, the people would only drink it on important Vatican occasions. It is said that during the papal elections of Innocent X (Giambattista Pamphili in 1644) and of Clement X (Emilioi Altieri in 1670), Frascati spouted from the fountains, the marble nostrils of Marcus Aurelius' horse and the lions of the Capitol to the delight and amusement of the people. Citizens rushed out with bottles and cups to capture the wine and enjoy it fully. In addition to our popular Frascati Superiore, our U.S. portfolio consists of Pinot Grigio from the Veneto region and Orvieto Classico from the Umbria region. Fontana Candida was founded in 1958 and is headquartered in Monteporzio Catone, Rome.

"Delicate fragrance of wildflower and fruit, especially hawthorn and Golden Delicious apples. Refreshing and lively in character with a dry, elegant, soft and