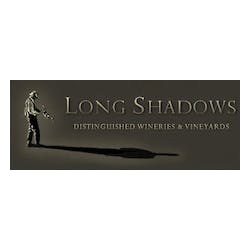 Founded in 2003, Long Shadows is the brainchild of Washington wine luminary Allen Shoup. As President and CEO of Chateau Ste. Michelle and its affiliated wineries, Allen spent 20 years building the reputation of the growing region, in part by forging winemaking partnerships that brought Italy's Piero Antinori and Germany's Dr. Ernst Loosen to the Columbia Valley. During that time, he saw the region grow from 4,000 acres of unheralded vines to 30,000 acres of vineyards spread over nine different AVAs. At times, Allen's purchases accounted for up to 70% of all the fruit grown in the state. The beauty of this now is that Allen has long-standing relationships with many of the best growers in Washington State. After leaving Ste. Michelle in 2000, Allen's commitment to advancing the Columbia Valley remained undaunted. He spent the next three years developing Long Shadows, a proposition that was as simple as it was complex: recruit a cadre of the finest winemakers in the world; give each vintner access to Washington State's best grapes; and outfit a winery to accommodate a diverse group of winemakers' exacting cellar specifications. With the vision in place, Allen began introducing a dream team of celebrated vintners to the vines and wines of the growing region. The idea quickly sold itself; and from the beginning, the wines have enjoyed critical acclaim that has continued to grow, vintage after vintage. In addition to the wines, Long Shadows collectively has won numerous awards, including recognition as Food & Wine magazine's "Winery of the Year."

Jeb Dunnuck 92 "Brought up all in stainless steel, the 2017 Riesling Poet's Leap is racy and exotic, with a rocking bouquet of green citrus, lime

Robert Parker 94 "The 2007 Pedestal Merlot is the project of Michel Rolland. This latest release is composed of 75% Merlot, 15% Cabernet Sauvignon, with the

Wine Enthusiast 94 "Loaded with honey-suckle, melon, pear, peach and hints of sweet grapefruit, this juicy wine perfectly captures the intesity of Washington Riesling and the

Wine Spectator 93 "This rich, opulent red teems with currant, blackberry, plum and exotic spice flavors, weaving in touches of herb and tobacco as the finish

Robert Parker 93 "The 2005 Chester Kidder Red Wine is made by Gilles Nicault who is also the winemaker in residence at Long Shadows. It is

Robert Parker 92 "The 2005 Feather is a 100 Cabernet Sauvignon cuvee made by Randy Dunn of Napa Valley fame. The wine was sourced from three

Wine Spectator 91 "Firm in texture, with a crisp feel to the tannins under the ripe, narrowly focused blackberry, plum and black olive flavors. The finish

Wine Spectator 92 "Smooth and velvety, this is a graceful, beautifully balanced Syrah that shows off its blueberry and plum fruit against shades of white pepper