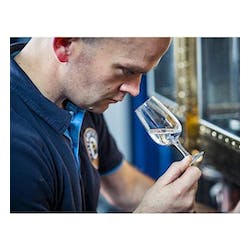 Like many voyages of discovery, Plymouth Gin began its journey on the docks of Plymouth, the stronghold of the British Royal Navy on England's South West coast. Quickly becoming the standard issue Gin of Royal Navy officers, it travelled the globe in the hold of tall ships and frigates charting a course through Gin history and into the affections of gin connoisseurs and bartenders worldwide on a voyage spanning more than 200 years. In short Plymouth is a multi-award winning gin: - Double Gold at the 2015 San Francisco World Spirits Competition - Gold at the 2015 International Spirits Challenge