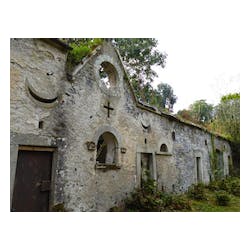 The Irishman was founded in 1999 by Bernard and Rosemary Walsh with the mission to craft authentic world class spirits in Ireland. Ireland has a long history of whiskey distillation, dating back to 1558. The Walsh clan, the largest in Ireland, has been involved with whiskey production since 1870. Located in the heart of Ireland, The Irishman's headquarters are the Walsh's 200-year-old Glebe House in County Carlow. Production takes place in a state of the art distillery in Waterford City on the South Coast (scene of the arrival of the first Walshs to Ireland). Produced from only the purest ingredients, The Irishman whiskey and cream reflect centuries of experience and passion resulting in truly authentic Irish spirits.