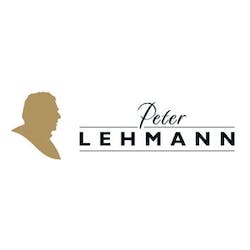 Peter Lehmann, a member of the Order of Australia and the original Baron of the Barossa, and a legend of Australian wine. He helped shape the industry over seven decades. Behind the legend is a never-say-die attitude, a sharp wit and an intrinsic gift for winemaking. Peter was born in the Barossa village of Angaston in 1930, the fifth generation of one of Barossa's pioneering families. His father Franz was the local pastor. Young Peter was well known in the community – albeit for his mischievous ways such as letting down the tyres of parishioners cars or randomly ringing the bell during service. Peter was only 14 when his father died, and the impact was great. He wanted to leave school, and with his mother's support and community connections, he secured a role as apprentice winemaker at Yalumba in 1947. Over the next 12 years, he gathered skills that saw the naughty "Lehmann lad" evolve into one of Barossa's most promising red winemakers. He was also tutored in other areas of the business that set the foundation for Peter Lehmann Wines. "Three mentors were most significant," Peter recalls. "Alf Wark (the company secretary who first employed him) taught me the joys of food, wine, hunting, shooting and fishing; winemaker Rudi Kronberger, taught me the fundamentals of winemaking and proprietor Wyndham Hill Smith taught me the value of a man's honour. I have adopted that philosophy and my word has been my bond ever since." In 1959, Peter was offered the lucrative position of Winemaker/Manager at another historic Barossa winery, Saltram. Over the next 20 years, he forged relationships with some of the best grape growers in the region, and cemented Saltram's name as a key player in the red wine boom. "All agricultural pursuits are a pendulum. Eventually they go the other way," Peter says today. And so it was in 1975, when consumers discovered fruity white wines and red wine consumption declined. Peter saw the trend coming early, and introduced whites to the Saltram portfolio. He presented a long-term strategy for the business to survive, based on his pendulum philosophy. Unfortunately Saltram's multinational owner didn't share his vision. In 1978, the directors instructed him to stop buying fruit, forcing him to renege on the deals he had established with the growers. Knowing that livelihoods were at stake, Peter said no, effectively putting his own on the line as well. With that, he mounted a "rescue operation" for the growers, raised capital to buy their fruit, processed it at Saltram and then sold it to other wineries. "Wine is made in a vineyard, not a boardroom. Without growers, there is no wine. It's a circle of life you can't just cut off because of what the bottom line looks like." Saltram's owners allowed Peter to work with the growers and process their fruit on-site as a "side-project", which was considered a massive gamble by virtually everyone in the Barossa. He acknowledged the gossip in the best way he could. The side-project was named "Masterson" after the most famous gambler of all – the Guys and Dolls character Sky Masterson. Keeping it separate from his Saltram position, Masterson was officially managed by Peter's wife Margaret. In 1979, Saltram was sold, and the new owners put a halt to the operation. With more than 60 family growers facing ruin, Peter took the rescue mission one step further and resigned. The stakes of the gamble got a lot higher. History now shows that the gamble paid off, however luck had little to do with it. With Margaret by his side, Peter enlisted a collaboration to build a winery for the growers, which in only three decades has become one of the most respected brands in the wine world. His contribution to the industry as a whole was acknowledged in 2009 with an International Wine Challenge Lifetime Achievement Award.

Wine Spectator 88 Wild blueberry and blackberry flavors are robust and appealing, with Earl Grey tea, cigar box and mahogany details adding some richness to the

Wine Spectator 89 "Mocha notes add some elegance to the easygoing, smooth plum and cassis flavors, while accents of herb, spice and toast linger on the

" Deep red/black colour with a rich bouquet of chocolate and black forest fruits. This is a full-bodied wine with soft, velvet tannins, a long

"A deep cherry red color leads to a bouquet showing blackcurrant from the Cabernet, vibrant red fruits from Shiraz and Merlot and chary oak in

Wine Spectator 90 WS TOP 100 2014 Rank 59 " This red is supple, expressive and appealing, with pure blueberry and plum fruit, shading the finish with

" Layers is a unique blend that delivers a highly enjoyable journey of discovery for the senses in each and every glass. Shiraz delivers fruit

" The color is deep red with a dense black centre, and the nose gives tantalising aromas of chocolate, blackcurrants, with hints of nutmeg, cloves

James Halliday 90 "Light to medium red-purple; a more than adequate mouthful of flavour, homage to the '10 vintage, and to the first class handling in

"The colour is deep red with a dense black centre, and the nose gives tantalising aromas of chocolate, blackcurrants, with hints of nutmeg, cloves and

Wine Spectator 89 "This ripe and succulent red has a juicy feel to its lively blueberry and plum fruit, hinting at toast and cedar as the