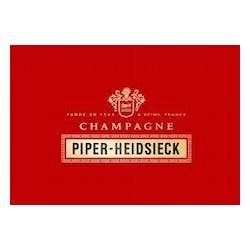 PIPER-HEIDSIECK is a Champagne house from the Champagne region of France. Founded by Florens-Louis Heidsieck on July 16, 1785 in Reims, the Heidsieck name was combined with the Piper name in October 1839. In the late 1980s, PIPER-HEIDSIECK became part of the Rémy Cointreau wine and spirits group.

"Piper-Heidsieck carefully selects fruit from more than 100 of Champagne's crus to blend the Cuvee 1785. This adds great complexity and dimension to the wine

Wine Spectator 88 "A tantalizing demi-sec, bursting with pastry and brioche flavors accented by notes of caramel and vanilla. If you like the sweet style, this

A structured, full-bodied and franc wine. A juicy, fleshy pear and golden grape texture. The finish narrows to citrus and grapefruit flavors. A wine with