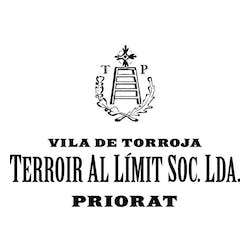 When Eben Sadie and Dominik Huber first met at Mas Martinet in 2000, Eben was a promising and highly-regarded young enologist from South Africa and Dominik, a native German, was a wine enthusiast with a background in business administration and interest in the culinary arts. In short order they became fast friends. With the help of the Perez family of Mas Martinet, Eben and Dominik purchased some fruit and leased a little corner in the cellar of Cims de Porrera where they vinified their first vintage of Dits del Terra in 2001. After two years at Cims de Porrera they moved into a tiny cellar in Torroja del Priorat, which coincided with the release of their first 2003 vintage of Arbossar. With the demands arising from increased production and additional farming responsibilities, and with Eben Sadie spending more time in South Africa with his various projects, Dominik began working full time at Terroir al Limit in 2007. Devoting himself primarily to the cultivation of a growing number of vineyard sites, his approach to farming directly impacted the quality of the fruit at harvest. With better fruit coming into the cellar, Eben and Dominik had a profound realization that ripe, concentrated grapes, combined with extractive winemaking and aging in barriques, didn't really show the authenticity of the vineyards they were working. As a result, they began a process of re-evaluation resulting in earlier harvests, phasing out the use of 225-liter barrels and employing a "Burgundian" style of vinification utilizing whole clusters and avoiding either pigeage or remontage. Dominik also recognized that organic or biodynamic farming during an era of global warming is insufficient for a region as hot and dry as the Priorat, so he farms rigorously to guarantee the health and vitality of his soils. This strategy allows them to retain as much moisture as possible, reducing the hydric stress on the vines in the summer and allowing for an earlier harvest of physiologically ripe fruit. The goal at Terroir al Limit is to yield wines of infusion as opposed to extraction, and to build a sophistication that's atypical of the traditionally heavy Priorat variety. Eben Sadie left Terroir al Limit in 2011 to devote his energies to his extraordinary work in South Africa, but he left it in the capable hands of Dominik Huber. Each successive vintage is a testament to their original vintage for Terroir al Limit as well as Dominik's continued quest to make the most elegant and expressive wines in the Priorat.

Wine Advocate 93 The 2016 Torroja Vi de Vila is the village wine that is bottled earlier than the others. The oak is neatly folded into

Wine Advocate 93 "The 2010 Torroja Vi de Vila is one of the new village wines allowed by the Priorat appellation, from grapes grown in the