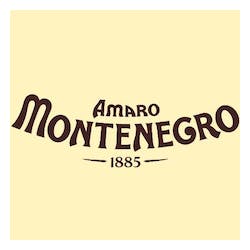 Amaro Montenegro is a traditional amaro distilled in Bologna, Italy. It is made from a secret blend of 40 botanicals, including vanilla and orange peels. The amaro was first produced by Stanislao Cobianchi in 1885 and is named after Princess Elena of Montenegro. The 40 botanicals that make up Amaro Montenegro come from four continents. Some of these perfumes are from the Mediterranean, such as coriander and Artemisia, as well as some aromatic plants, oregano and marjoram, with bitter and sweet oranges, nutmeg, cloves and cinnamon. Once they reach the herbalist's workshop, the botanicals undergo three different forms of extraction: boiling, maceration and distillation. After this, twelve mother essences are taken and synthesized into six tasting notes: bitter and herbaceous, spicy and floral, chocolate and caramel, fresh and balsamic, vanilla and red fruits, and warm and tropical. One final element is added to these six notes, called "Premio"; it is the final and fundamental ingredient of the secret recipe. The Premio is the result of micro-distillation of five botanicals. Just one liter for every 15,000 is enough to complete the recipe.

" Amaro Montenegro, ''the liqueur of the virtues'', was created in 1885 thanks to the lengthy, impassioned experiments of a famous distiller and herbalist, Stanislao