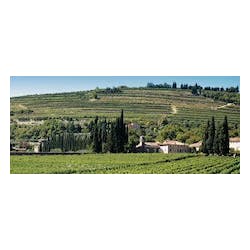 Tommasi has always been a standard bearer of the Amarone appellation, and one of the most important quality producers in the Veneto. The family-run estate was founded in 1902 by Giacomo Tommasi in the village of Pedemonte, which lies in the heart of the Valpolicella Classico region that extends north-west of Verona. The family owns 284 acres in Valpolicella Classico, making them the single largest land owners in the area. Over the years they have steadily expanded their holdings in other areas of the Veneto and other regions, and now own a total of 1,400 acres under vine between the Veneto, Tuscany, Puglia, Basilicata and Oltrepo Pavese. As has been the case since the winery's establishment, the family works only with grapes they grow, an important quality decision and reflection of their deep connection to the Valpolicella soil. Tommasi is now run by the fourth generation of the family, six siblings and cousins who share different responsibilities at the winery. Giancarlo Tommasi is the principal winemaker, and studied winemaking the University of Udine in Friuli. Strict in his philosophy to respect the integrity of the terroir and the traditional ways of winemaking in Valpolicella, he dries all grapes for his Amarone in the traditional fruttaio room for at least three months, and prefers to age his wines in large oak casks over small barriques. Tommasi is known for this classic approach that favors elegance and balance, with deep fruit complimented by spicy, earthy flavors. Giancarlo's uncle, Sergio Tommasi, manages the viticulture at the estate. The five valleys of San Ambrogio, San Pietro in Cariano, Fumane, Marano and Negrar dominate the western, best and Classico-designated part of the region, and are often said to resemble the fingers of a hand. Tommasi's vineyards are located in two of these valleys: Sant' Ambrogio and San Pietro in Cariano. While they have a very traditional approach in the cellar, Tommasi is considered an innovator in the way they manage their vineyards. Tommasi was one of the first wineries to introduce the guyot method over the more traditional pergola system of vine-training, and their vineyards are planted at very high density, with resulting lower yields and fruit of increased complexity and concentration.