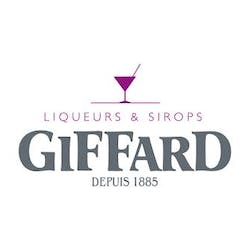 Emile Giffard was a pharmacist before he was a distiller. It started in 1885, when the scorching heat of the summers in France inspired him to create something that would cool and refresh his clientele. Lucky for them (and for us), Emile was also a gourmand, and began researching the digestive properties of mint as he embarked on his endeavor. Using steam distillation of Mitcham peppermint, Emile created a liqueur that was as delicious as it was refreshing. Giffard Menthe Pastille, named after the French candies at the time (the name translates to "mint drop"), found instant popularity with the locals. Emile promptly turned his pharmacy into a distillery and established the tradition and quality for which Giffard is known worldwide. This was only the beginning. Four generations and over a century later, the Giffard family continues Emile's tradition, using the finest ingredients and time-tested methods to create their liqueurs. Today, the care taken to create and produce each one remains the same.

Tasting Notes "Typically we would tell you No thanks, when talking about a banana liqueur. That it is until we tasted Giffards Banane du Bresil

"Giffard's Creme de Violette smells of soft spring flowers like violet and rose petals. The taste is light and floral, with bright acidity and a

Tasting Notes "Chocolate is arguably one of the greatest gifts of Mesoamerica to the world. For thousands of years it has been a prized delicacy favored

" This liqueur smells of fresh-cut grapefruit with a hint of sweetness. On the palate, juicy citrus notes play with the natural bitterness of grapefruit.

" The bouquet of Giffard's Abricot du Roussillon is revealed in stages: the sweetness of very ripe apricot at first, then fresh vegetal notes, finishing

Tasting Notes "Curaao is a Carribean Island where the nearly extinct laraha orange, or bitter and sweet orange, is hand harvested and distilled to produce this

" The Creme de Framboise smells of rich, candied raspberry with notes of honey and spices. The palate is fresh and juicy with notes of

PLEASE NOTE:  this is a 700mL (liquor) which is smaller than a regular 750mL bottle.

Tasting notes "Harvested in the spring, Rhubarb evokes childhood memories possibly more than any vegetable. Its also a favorite of bakers and confectioners, who use

" This liqueur has an intense lychee perfume with subtle rose petal notes. On the palate, there is juicy stone fruit at first that softens

Tasting Notes Copper in color and packed with the warm, earthy flavor of Madagascar vanilla, with hints of spice reminiscent of eggnog. This authentic liqueur