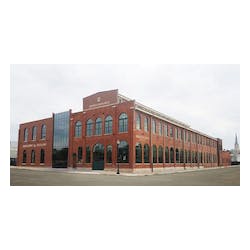 When Lincoln came out of retirement to creat Angel's Envy, it was to collaborate with his son, Wes, on a bourbon finished in Port barrels. He'd had the idea for years, but had never had the chance to explore it previously. It was just as important to Lincoln to be creating a new type of whiskey as it was to be building something with his family. Wes's son Kyle eventually joined his family to help with the fledgling brand, and to learn side by side with his grandfather. Rooted in 200 YEARS of bourbon heritage, we create hand-finished spirits that aren't afraid to improve on the classic tradition. Inspired by legendary Master Distiller Lincoln Henderson's lifetime spent crafting fine spirits, Angel's Envy is our masterpiece. The 5% of spirit lost each year during barrel aging is called the "Angel's Share." After tasting our finished whiskey, Lincoln joked that we'd finally gotten a better deal than the angels.And so Angel's Envy was born.

" For those of you looking to explore a new area of the rye whiskey circuit, we present to you Angel's Envy Rye Whiskey. This

Each year, as part of the ANGEL'S ENVY Cask Strength program, generations of the Henderson family work together to select a handful of truly remarkable

2018 Edition Bottling Angel’s Envy Cask Strength Bourbon is finished in ruby port wood wine casks. Once it has reached its peak flavor, the bourbon is

Ranked the Best Spirit in the World by Spirit Journal in 2013, Angels Envy Cask Strength Bourbon Finished in Port Barrels is unlike any whiskey