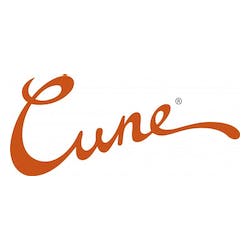 CVNE (Compañía Vinícola del Norte de España) is one of the most renowned and historic bodegas in all of Spain. Founded in 1879 by the Real de Asúa brothers, Eusebio and Raimundo, the company has been an integral part of the Rioja region's ascendance in the world of fine wine. With their combination of traditional roots and innovative vision, CVNE has been one of Rioja's most reliable sources for high quality wine. The company is still run by descendants of the Real de Asúa brothers, now represented by the fifth generation with current CEO Victor Urrutia Ybarra. Since its founding, CVNE's goal has been to increase the scope of production while maintaining the level of quality on which their reputation was built. Forty years after the original bodega was created, CVNE expanded into the Alavesa region. Today, CVNE is comprised of three separate bodegas: Cune, Viña Real, and Contino. Each of the three estates produces a distinct style of wine from a distinct terroir, and each of their flagship bottlings occupies a well-deserved place in the pantheon of great Spanish wine. CUNE Cune is the winery where the company began in 1879. It still sits on its original site, Barrio de la Estación, in Haro, Rioja Alta, directly next to the train station. They produce white, rosé, crianza, and reserva wines, sourced almost entirely from Alta fruit. Additionally, Cune produces a sub-label called Imperial (named for the original half-liter "Imperial pint" bottling) which releases Reserva and Gran Reserva bottings in exceptional years. The bodega in Barrio de la Estación boasts an impressive collection of 19th century structures which surround a central patio. Chief among the architectural wonders is the Nave Eiffel, designed by Alexandre-Gustave Eiffel. This room, begun in 1890 and completed in 1909, is a textbook example of the marriage of aesthetics and functionality. The roof is supported by metal trusses which crisscross the room at regular intervals, thus eliminating the need for columns and making for a more efficient use of space. The beauty of the winery notwithstanding, the real wonders of Cune are found below ground. To walk through the dank, dimly-lit cellars is to trace the history of the bodega, vintage by vintage, era by era. Through civil war, regime change and the march of technology, Cune has remained a constant in the cultural iconography of Spain. Viña Real Viña Real, CVNE's Rioja Alavesa-based winery, released its first vintage in 1920. The Viña Real style is one that showcases the forward fruit of Alavesa while simultaneously possessing the structure to age for half a century and more. The original fruit source was in the Elciego area, in the heart of Rioja Alavesa. Those vineyards were located adjacent to the old Camino Real, from which the wine takes its name. Nowadays, the grapes are principally sourced from sunny south-facing slopes which run from the Sierra de Cantabria mountain range down to the Ebro River. As is also the case with the Cune line, the Viña Real wines are produced from over 50% estate fruit, an unusually high percentage for Rioja. The new Viña Real facility was completed in 2004 from a design by the Bordelaise architect Philippe Mazieres. The winery is situated on top of the hill known as Cerro de la Mesa and commands sweeping views of both the Alavesa vineyards and the town of Logroño, Rioja's commercial center. The heart of the facility is a huge circular chamber which, when viewed from the outside, resembles the upper portion of a giant wine barrel. Inside, the facility is a marvel of modern technology. The above- ground portion houses the winemaking facility, which was designed with the goal of complete reliance on gravity-flow, made possible in large part by a rotating central crane. Below this is the main ageing room where the barrels rest in concentric circles around the central axis. The facility also features twin tunnels dug into the center of the hill where the bottle ageing takes place. If the Cune bodega represents CVNE's commitment to tradition, the Viña Real bodega demonstrates their forward-thinking philosophy and their embrace of modern technology. Contino Contino is a single-estate bodega (62 ha of vineyards) based in a 200-year-old farmhouse just outside the town of Laguardia in the Alavesa region. The estate's name comes from the royal guard of 100 soldiers who guarded the monarch. The label is emblazoned with the bust of San Gregorio, the patron saint and protector of vineyards. José Madrazo Real de Asúa (father of Contino's current winemaker, Jesús Madrazo) established the estate while serving as CVNE's technical director in 1974. The idea was to create one of the first single estate bodegas in the Rioja region, in direct contrast to the Rioja tradition of blending grapes from different regions and sites. CVNE had long been sourcing fruit from the Contino site for its Viña Real, but decided to purchase the entire plot around the farmhouse and plant it all to vines (a large portion of the land still had other crops planted at the time). The current winemaker at Contino, Jesús Madrazo, spent much of his childhood at the bodega and possesses a remarkable depth of knowledge about all the details of the estate. After half a lifetime's worth of intimate exposure to the terroir and vinification practices, it's little wonder that his work at Contino is held in such high regard. While the bulk of the vines planted at Contino are Tempranillo (85%), Madrazo has also been a champion of the Graciano grape which comprises the bulk of the remaining planting. The balance is planted to Garnacha, Mazuelo and Viura.

James Suckling 93 "A Rioja with plum, blackberry, black truffle and hints of chocolate. Some walnut, too. Its medium-to full-bodied with firm, chewy tannins and a

James Suckling 96 " Extremely floral and attractive with crushed lavender, rosemary and violets to the blue fruit. Full body. Tight and integrated tannins and a

James Suckling 93 " Polished and transparent with blueberries and hints of mushrooms and dried flowers. Medium-to full-bodied, tight and focused. One for now or later.

James Suckling 94 "This is so much fun and one of my favorite whites from Spain. Medium to full body. Nutty and creamy with ripe peach

James Suckling 94 " Blackberry, bark and wet-earth aromas follow through to a medium body with firm, lightly chewy tannins and a long, flavorful finish with

James Suckling 92 "Sliced lemon with some salty, stone and apple undertones. Its medium-bodied with lovely fruit and a fresh, creamy finish. Drink now." Wine Advocate 90 "The

Wine Advocate 88 "The just-bottled floral and fruit-driven white 2017 Monopole is 100% Viura that fermented in stainless steel with neutral yeasts and was bottled early.

Wine Spectator 91 "This red is dense and focused, with cherry, berry and vanilla flavors that emerge as the tannins give way, leading to a floral

Wine Enthusiast 90 WE TOP 100 2019 Rank 41 Best Buys "Berry, spice and tobacco aromas work in unison to give this Crianza a nice start.

Wine Advocate 93 "The second white is an homage to the old times when they added Sherry to it! The 2016 Monopole Clsico was produced with

Wine Spectator 90 "This white is fresh and bright, but also dense, with a firm backbone of crisp acidity that carries pear, McIntosh apple and verbena

James Suckling 92 "This is a fuller and richer crianza with dried fruit, meat and spice. Layered and round-textured. Shows soft tannins. Rich and flavorful at

James Suckling 93 "This wine is so unique. A rich and vivid white with sliced apple, pear and dried pineapple character. Hints of salt. Full body,

James Suckling 95 "A tight and linear red now with very long and direct palate that is driven and intense. Medium to full body, bright blackberry

James Suckling 90 "A fresh and easy Rioja that shows plum and cherry character. Hints of cream. Mushroom, too. Medium body, low tannins and a crisp

Wine Advocate 92+ "The 2014 Imperial Reserva is 85 Tempranillo with 5 each of Graciano, Mazuelo and Garnacha fermented in stainless steel vats and matured in

John Gilman 93+ "For decades, this bottling was produced with fifteen percent Manzanilla added into the blend just after the completion of fermentation, with the remainder

Wine Spectator 90 "This white is fresh and bright, but also dense, with a firm backbone of crisp acidity that carries pear, McIntosh apple and verbena

James Suckling 92 "A perfumed nose of dried-flower, blackberry and currant character. Cloves and cinnamon too. Full-bodied, very fruity and concentrated with soft and ripe tannins

Tasting Notes Garnet color with medium intensity and red notes in the center of the wine. The 2013 Rioja Reserva displays aromas of berries and licorice