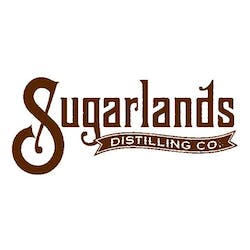 The land in and about the City of Sugar Land was originally owned by the Mexican government and was granted to Samuel M. Williams through Stephen F. Austin. There were several factors which governed Williams receiving this grant, among them was the fact that he spoke Spanish, was well educated, and wrote a fine Spencerian hand. Williams called this land "Oakland Plantation" because there were many different varieties of oaks on the land - Pin Oak, Post Oak, Water Oak, Red Oak, and Live Oak. During this period of time, land grants were measured from one oak to another.

" Butterscotch Gold Moonshine is a local favorite flavor going back for generations. It smells like brown sugar and kettle corn from the county fair.

" Tickle’s Dynamite Cinnamon moonshine starts off sweet and ends with some heat. The drink meets the mouth like a candy coated hot coal and

"Mark and Digger's Hazelnut Rum pleases the nose with sweet toasted hazelnut and brown sugar. Its a smooth, full-bodied spirit that blends hints of vanilla,