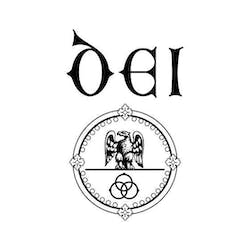 The Dei family produced their first wines from their estate in the heart of the historic appellation of Vino Nobile di Montepulciano in 1985. Now run by Caterina Dei, the estate has become one of the leaders in the region, producing lush, perfumed, fruit-driven wines that are exquisite expressions of the local Prugnolo clone of Sangiovese, blended with small amounts of Canaiolo, Mammolo, and Merlot. The vineyards, on the slopes below the picturesque town of Montepulciano, extend over 52 hectares and are divided mainly between the crus of Martiena and Bossona. The Vino Nobile Riserva Bossona, which comes entirely from the best positions in that Cru, is considered one of the best expressions of the Montepulciano terroir. All it takes is a taste of these wines to know that they are the epitome of quality for the region. Farming Practice:Practicing Organic

Vinous Media 88 "The 2017 Rosso di Montepulciano is plump, juicy and delicious, all of which make it an excellent choice for drinking now and over

Wine Spectator 90 "Round and full of cherry, raspberry and subtle earth flavors, this red borders on peppery, with a firm structure and a lingering finish.