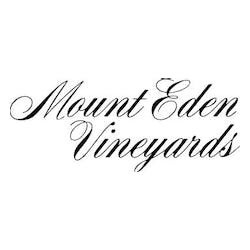 "Few wineries in California create more profound, distinctive wines than Mount Eden. Indeed, if I were to present to a visiting European, say, the wines of just one California winery to demonstrate the originality of California wine, I'd choose Mount Eden Vineyards." – Matt Kramer, New California Wine Mount Eden Vineyards is a small, historic wine estate located on a 2000 foot peak in the Santa Cruz Mountain Appellation, about 15 miles from the Pacific Ocean. Founded by Martin Ray in 1945, it is recognized as one of the original boutique California Winery properties, focusing on small lots of Pinot Noir, Chardonnay, and Cabernet Sauvignon. The Mount Eden Vineyard has been continuously producing estate bottled Pinot Noir and Chardonnay longer than anyone else in California. Planted in austere, infertile Franciscan shale on a cool, exposed mountaintop, the 40 acre vineyard is farmed sustainably without any irrigation. It is comprised of 7 acres of Pinot Noir, 20 acres of Chardonnay and 13 acres of Bordeaux varieties: Cabernet Sauvignon, Merlot, and Cabernet Franc. In 2007 they purchased the former Cinnabar vineyard on a neighboring mountain top. Planted in 1983, this mature vineyard brought another 12 acres of Chardonnay and Pinot Noir, as well as a little Cabernet Sauvignon. They renamed the property Domaine Eden and it has become the primary source for their Domaine Eden wines. Winemaker and Proprietor Jeffrey Patterson has been making wine at Mount Eden since 1981. With three decades under his belt, he continues with the same goal as when he started: to express this singular vineyard. Fermentation is done with native yeasts, oak influence is kept minimal, and fining and filtering are minimal when used at all. Few wineries in California have the sort of history that is found at Mount Eden and few wineries in the world can match the level of quality being produced here. This is a unique terroir being overseen by conscientious stewards and these are wines that could not possibly have come from anywhere else in the world. It's as pointless to compare these wines to Burgundy and Bordeaux as it is to compare them to the rest of California; these wines are Mount Eden, pure and simple.

Jeb Dunnuck 97+ “A brilliant, youthful, unevolved wine that will give Ridge's Monte Bello a run for its money, the 2017 Cabernet Sauvignon reveals a deep ruby/purple hue

Wine Advocate 94 The 2018 Chardonnay Wolff Vineyard from Edna Valley is pure, energetic and fresh this vintage. The nose is lovely, loaded with floral

Vinous Media 92 "The 2017 Chardonnay is absolutely gorgeous. Apricot, tangerine oil, butter and light tropical accents give the 2017 striking exotic character that match its

The Wine Advocate 93 "This comes mostly from the Wolf vineyard with some fruit from the Middle Ranch vineyard. The 2017 Edna Valley Chardonnay opens with

Wine Enthusiast 92 "The more affordable little sister of Mount Eden, this wine, which is bolstered by 15 Merlot, 5 Cabernet Franc, 4 Petit Verdot and

Wine Enthusiast 91 "This Santa Cruz Mountains-based winery has been making a value-driven Edna Valley Chardonnay since 1985, and this one does not disappoint, Pungent aromas

Wine Enthusiast 90 "Presented with subtlety on the nose, this bottling by the iconic Santa Cruz Mountains winery delivers scents of toasted pine nuts and

Vinous Media 92 "The 2015 Chardonnay is a gorgeous, pedigreed wine that captures all the brilliance and pedigree of the Santa Cruz Mountains. Weightless and gracious

Jeb Dunnuck 95 "The 2015 Chardonnay Estate comes all from the estate vineyard and mostly from a block of vines planted in 1990. Aged in 50

Wine Enthusiast 92 “Intense aromas of pine, cedar and incense meet with roasted black plum, deep violet and a hint of lavender on the layered nose

Jeb Dunnuck 96 Seeing roughly one-third whole clusters and a mix of new and neutral oak, the 2015 Pinot Noir Estate is another terrific wine from

Wine Enthusiast 92 "Grapefruit rind, yogurt, sour cream and warm pear show on the nose of this bottling. There is great acidity on the sip, with

Jeb Dunnuck 97 "One of the finest vintages of this cuvée I’ve tasted, the 2014 Cabernet Sauvignon Estate is a thrill a minute with its fabulous

Wine Enthusiast 92 "This offers good quality for the price from this historic producer, which heads south to this dry-farmed vineyard planted in 1976.