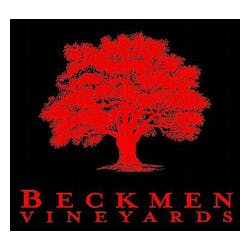 FAMILYThe Beckmen family established their Vineyard in the Santa Ynez Valley in 1994.After years as leaders and pioneers in the electronic music business, Tom and Judy Beckmen, joined by their youngest son Steve, set out to make wines as well-crafted and distinctive as the keyboards and synthesizers that built their successful careers as founders of Roland Corp, US. Their search for a promising vineyard ended in 1994 when they discovered a 40 acre winery near the picturesque town of Los Olivos, CA. It was here, in the heart of the blossoming Santa Ynez Valley wine region, that the family laid down their roots and established Beckmen Vineyards. The Beckmens' commitment to building a world class estate vineyard led them to purchase an unplanted 365 acre ranch in nearby Ballard Canyon. Named after the ranch to which it once belonged, Purisima Mountain Vineyard was established in 1996. Beckmen Vineyards' wines are composed exclusively from the 150 acres of grapevine grown on these two vineyards, crafted with care in the original Los Olivos winery.

Wine Enthusiast 91 This blend of 47% Syrah, 35% Grenache, 11% Mourvèdre and 7% Counoise is one of the best red wines for the price anywhere

“A red Rhone style blend of Grenache, Syrah, Mourvedre and Counoise, the core of the CLB is balance. Harvested from vineyards on both their Winery

Vinous Media 90 "The 2014 Cuvée Le Bec is an absolutely delicious wine as well as a tremendous value. Supple, vibrant and impeccably well-balanced, the 2014

"Lean, focused and tangy, with green apple, lemon-lime and grass flavors that keep unfolding, ending in a vibrant, concentrated finish. The quality of our Sauvignon

Wine Enthusiast 87 "One of the more reliable, affordably priced Rhône blends in the state, this mix of 43% Grenache, 34% Syrah, 15% Mourvèdre and 8%

Cellartracker 92 "Classic rhone-clone from California...Beckmen is notorious for creating structured, fruit-driven, lengthy wines with this blend. TOP blended wine in my opinion coming out of

Wine Spectator 91 "Charming, with melon, peach and apricot notes that are ripe and fleshy, with spicy tobacco, lentil and mineral accents. There's great focus and

Robert Parker 88 "An excellent source of high quality as well as value-priced Rhone Rangers, Beckmen produces one of the wine world-s finest bargains, the Cuvee

Robert Parker 93 "Of equal quality, but different in style, with less meatiness is the full-bodied than the Clone #1, rich 2005 Syrah Block 6 Purisima